Chelsea were victorious against Tottenham Hotspur in the Premier League with a margin of 2-0. The victory kept the Blues firmly in the top four race. Chelsea are now at the sixth position in the League Table. They have collected 53 points from 27 matches so far. Tottenham Hotspur are now at the third position in the League Table with 60 points in 28 matches so far.

The manager of the Blues, Maurizio Sarri did not field Kepa Arrizabalaga in the match against Tottenham Hotspur. On the other hand, Gonzalo Higuain started as the lone centre forward for Chelsea. Eden Hazard went back to the usual left wing position and Pedro was deployed in the other wing. Marcos Alonso and Mateo Kovacic came back in the starting lineup of the Blues in place of Emerson Palmieri and Ross Barkley. 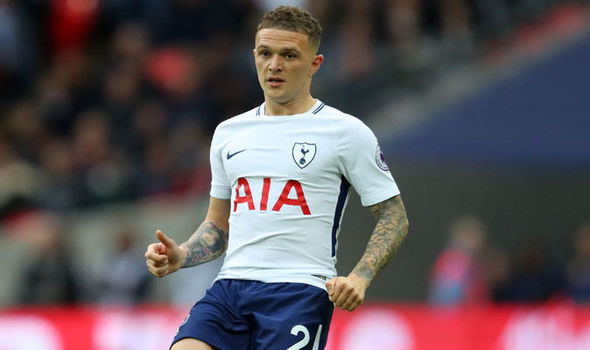 Tottenham Hotspur also welcomed Kieran Trippier back in the starting eleven after being rested in the previous match. Ben Davies was also back in the first team of Spurs. Chelsea were looking upbeat from the very first moment of the match. The Blues did not wish to repeat the same mistake that happened at the Wembley in their first meeting in the Premier League this season. The absence of Dele Alli was very much prominent in the midfield of Tottenham Hotspur. There was no one to supply the ball towards Son Heung Min and Harry Kane. It was an off colour day for Christian Eriksen in the field. However, Harry Wink’s shot hit the bar in the first half of the match. The first half ended with a scoreline of 0-0.

Chelsea were desperate to win this encounter to stay in the top four race. The body language of the players were looking very much positive and they were trying really hard to get back in the match. Pedro scored the first goal of Chelsea with a brilliant pass of Cesar Azpilicueta. Cesar Azpilicueta was brilliant at the right back position and he provided a beautiful ball towards Pedro. Pedro made no mistake to put it into the goal to give the crucial lead in this match to the Blues.

Eden Hazard was subbed off and Willian was introduced in the field after the first goal of the Blues. Llorente and Lucas Moura came in for Tottenham Hotspur also. Ruben Loftus Cheek replaced Mateo Kovacic at the 80th minute of the match. Olivier Giroud was also introduced in place of Gonzalo Higuain. The first touch of Olivier Giroud secured the victory for the Blues.

Willy Caballero kicked the ball towards Olivier Giroud. Giroud headed the ball towards goal and Kieran Trippier recieve it. Kieran Trippier tried to pass it to Hugo Lloris. However, the pass did not go in the way of Hugo Lloris and it went towards the goal. The own goal of Trippier secured the victory for Chelsea in this important match. The Blues will face Fulham in the next match. They will be eyeing for a big win as they can go to the fourth position with a good goal difference.