Manchester United went through to the quarter-final of the Carabao Cup after beating Chelsea at Stamford Bridge by a margin of 2-1 on Wednesday. It was a good win for Manchester United as they needed some confidence back in their side after a poor start in the Premier League this season.

Ole Gunnar Solskjaer was much eager to win this match. It is clearly proved with his team selection. The manager of the Red Devils fielded his first-team players in the starting lineup of this Carabao Cup match.

The Story Of The Game That Manchester United Won; As They Beat Chelsea

On the other hand, the manager of Chelsea, Frank Lampard gave rest to Tammy Abraham, Mason Mount, Willian, Fikayo Tomori, Cesar Azpilicueta and Kepa Arrizabalaga in this match. So, it was quite obvious that the intensity of Manchester United was more ahead of the game.

Chelsea started off the game quite well. However, Manchester United were also playing good football in the opening few minutes. Two young players Billy Gilmour and Guehi were there in the starting lineup of Chelsea. Both of them are academy graduates of the Blues and they have played really well throughout the match.

Scott McTominay was shown a yellow card at the 11th minute of the match. A few minutes later, Michy Batshuyai was also booked for bad conduct in the field. At the 25th minute of the match, Manchester United was awarded a penalty as Marcos Alonso fouled Lingard inside the penalty box. The players of Manchester United were unable to convert two penalties against Norwich City in the previous match in the Premier League. However, this time Marcus Rashford did not make any mistake to convert from the spot. The first half ended with a scoreline of 1-0 in favour of the Red Devils at Stamford Bridge.

What A Great Win For The Red Devils; What’s Next For Solskjaer And His Mean?

The two-star central midfielders of Chelsea, Jorginho and Mateo Kovacic looked tired on the pitch and they were not at their best on the given day. However, Chelsea equalised with the individual brilliance of Michy Batshuyai as he took the ball from the goal kick of Willy Caballero and went past Harry Maguire using his body strength. His powerful shot went past Sergio Romero quite easily. 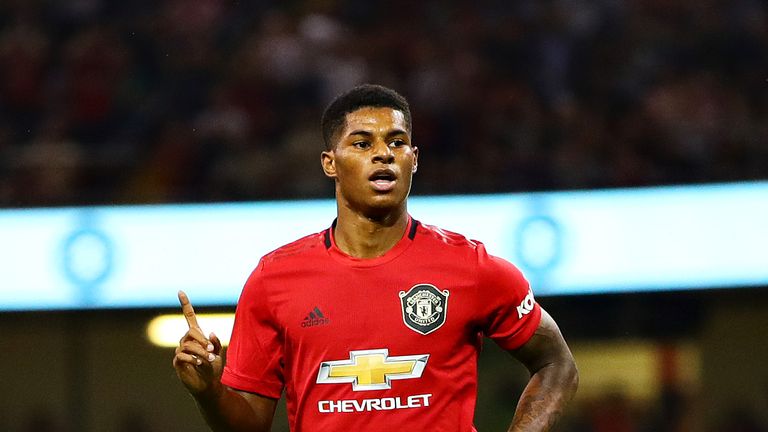 Frank Lampard subbed off Billy Gilmour to introduce Mason Mount at the 70th minute of the match. On the other hand, Ole Gunnar Solskjaer also brought in the likes of Anthony Martial and Andreas Pereira in place of Victor Lindelof and Jesse Lingard.

These days Chelsea are trying to build from the match. However, today was not their day. An unnecessary foul was committed by them outside the penalty box. Marcus Rashford’s brilliant free-kick went directly into the Goal. Willy Caballero had no clue about that. After going ahead, Ole Gunnar Solskjaer took off Marcus Rashford to introduce Ashley Young.

On the other hand, Frank Lampard brought in Tammy Abraham in place of Michy Batshuyai to get an equaliser. However, the defensive unit of Manchester United stood strong and kept the lead until the end of regulation time. The match ended with a scoreline of 2-1 in favour of the Red Devils.