The match between Manchester United and Arsenal ended as a stalemate at Old Trafford on Monday. The draw was a good result for both the managers of the respective clubs as they would not be sacked after this result. Rather, it is two points dropped for both sides at this moment. The Gunners could have gone to a far better place in the League table with a win in this match. They are currently at the 4th position in the League table with 12 points in 7 matches so far. So many teams are there behind them with 11 points from the same number of matches.

The Story Of This Close Game Between Arsenal And Manchester United

On the other hand, Manchester United are now at the 10th position with 9 points from 7 matches so far. It is unbelievable that their season has started with a 4-0 win over Chelsea at Old Trafford. It was a home match for the Red Devils against the Gunners. Unai Emery came with a completely defensive mindset and still, Ole Gunnar Solskjaer’s men failed to grab all three points from this contest. 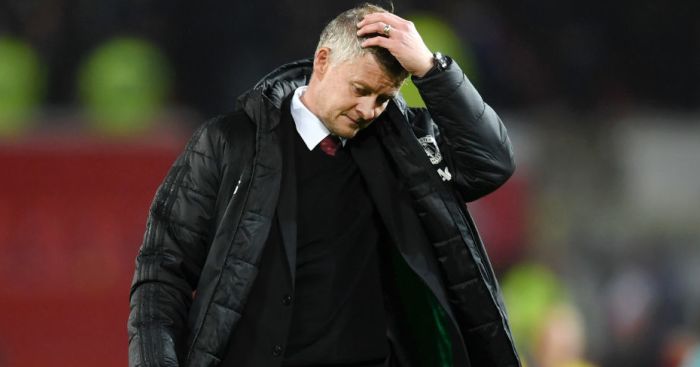 Marcus Rashford came back in the starting lineup of the Red Devils after coming back from an injury. However, their star right-back Aaron Wan Bissaka was not in the squad due to an injury problem. On the other hand, the Gunners almost got all their players except Alexandre Lacazette. The first half of the match was not much entertaining. The referee had to 4 yellow cards in the first half of the match.

What Exactly Happened In This High-Intensity Match?

Three of United players, Marcus Rashford, Andreas Pereira and Ashley Young were booked. On the other hand, Callum Chambers was booked for the Gunners. Scott McTominay scored the first goal for the Red Devils at the dying moments of the first half. The first half ended with a scoreline of 1-0 in favour of the Red Devils. In the second half, the Gunners tried hard to equalise the scoreline. Unai Emery brought in Dani Ceballos in place of Lucas Torreira. Pierre-Emerick Aubameyang equalised the scoreline for the Gunners at the 58th minute of the match. The goal was not given at first as the linesman showed the offside flag.

However, Aubameyang was clearly onside and after VAR intervention, the goal was given. After getting the equaliser, Unai Emery’s team again went defensive. On the other hand, Manchester United’s attacks were also not very much clinical. Ole Gunnar Solskjaer brought in Mason Greenwood and Fred in place of Jesse Lingard and Andreas Pereira.

However, the attacks of Manchester United were not very much direct and the defenders of Arsenal easily saw the danger out in the last 10 minutes. It was a tactical game overall and no side went for three points at the end. So, the scoreline of 1-1 had been perfectly suggesting the way the game was played.

After the match, Unai Emery said that they deserved a win. However, it was not seeming that his team was playing for a win. It was Pierre Emerick Aubameyang for whom Arsenal are coming back with a point from Old Trafford.

Opinion: Three Things About Arsenal That Are Making All Gooners Unhappy