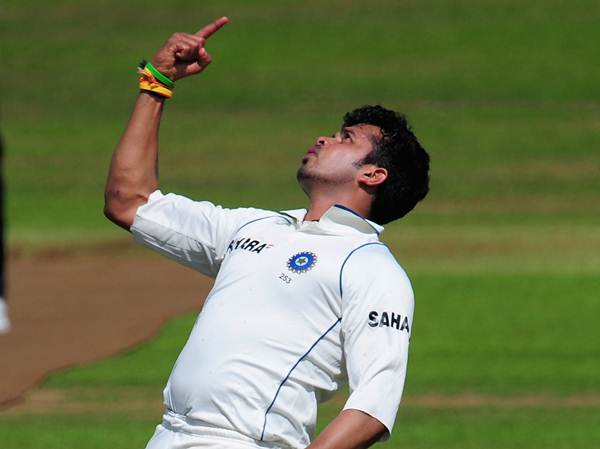 India’s 2007 World Cup star S Sreesanth on Thursday asked Punjab Kings owner Preity Zinta to pick him ahead of the auction for the 2021 IPL. Zinta has posted a picture on social media asking for suggestions from the franchise’s fans.

The IPL 2021 is quite important for teams, as there could be more teams added next term. It will be a great for the fans to see a longer edition of the tournament.

The IPL 2021 mini-auction saw the newly named Punjab Kings come with the biggest purse of Rs 53.1 crore. They used the liberty of having the deepest pocket to make some big buys including Australia’s Jhye Richardson (Rs 14 crore), Riley Meredith (Rs 8 crore), and Moises Henriques (Rs 4.2 crore), among others. Preity Zinta and company had released the likes of Glenn Maxwell, Mujeeb Ur Rahman, and Jimmy Neesham ahead of the auction as the move to furnish the team with some new faces.

Will The Punjab Kings Actually Sign Him; Will Sreesanth Play This IPL?

Before kicking off with the bidding wars at Chennai, Zinta posted a picture on social media. It was her way of announcing her presence at the IPL 2021 auction.

To this post, S Sreesanth- who was not included in the draft of players by the BCCI – commented “Sreesanth”. The pacer asked the franchise to go for him given their huge purse. He then went on with a series of comments. In the first, he suggested his name, and then the pacer said that he won’t cost them any money.

That is why Sreesanth responded on the post and had this to say. Below is the response that he put on the picture. 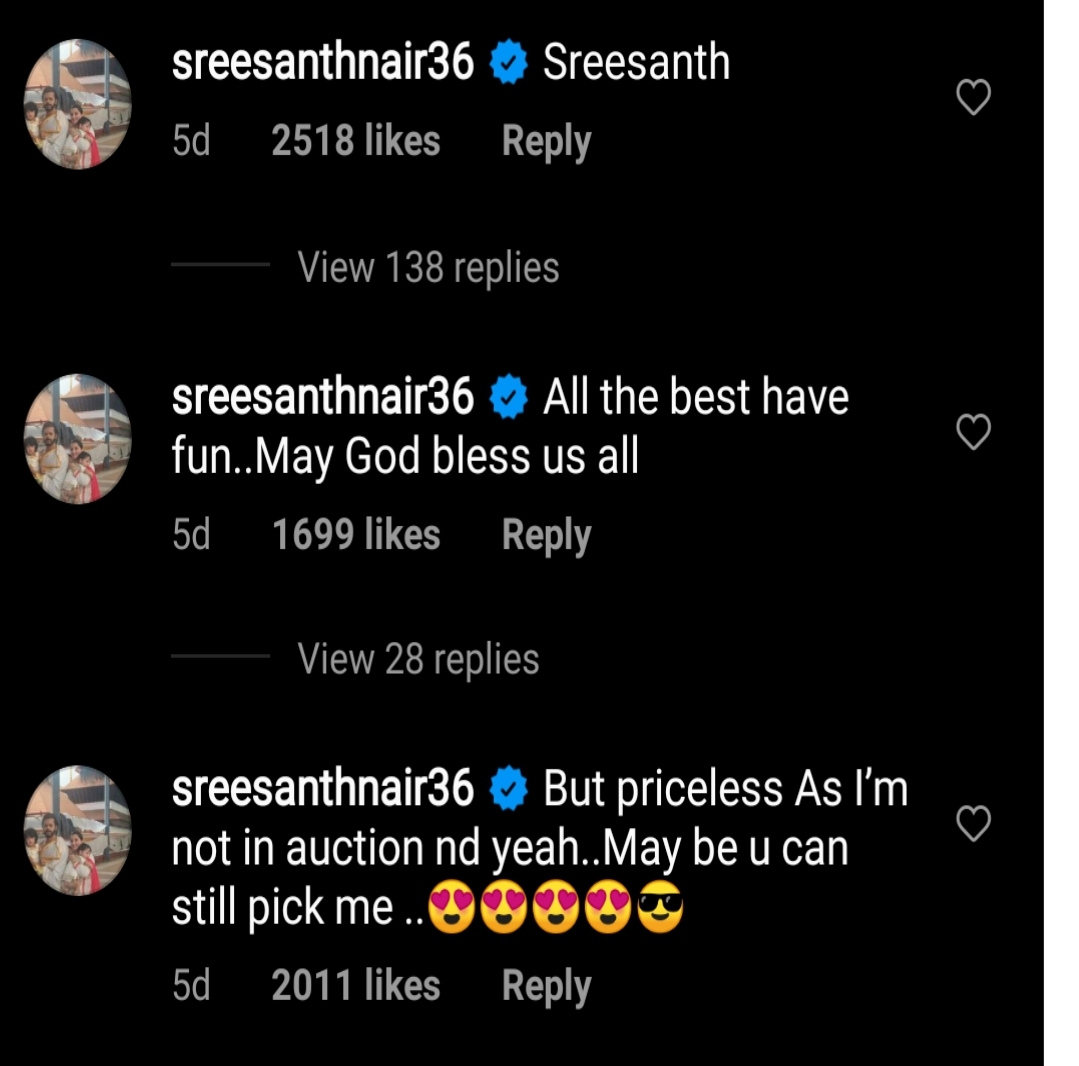 S. Sreesanth was banned from cricket due to the spot-fixing charges in 2013: 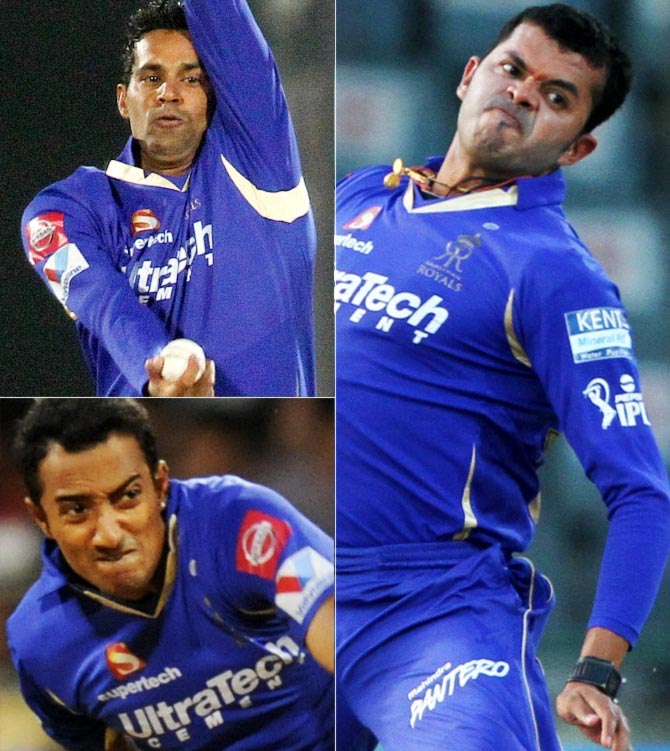 S Sreesanth was banned from the game given the spot-fixing charges in the 2013 IPL that came off positive. He along with fellow Rajasthan Royals teammates Ajit Chandila and Ankeet Chavan were accused in a game versus Mumbai Indians. However, the ban was reduced and Sreesanth was allowed to resume his cricket career from 2020. He also participated in the Syed Mushtaq Ali Trophy, bowling for Kerala. While his pace didn’t do a lot of talking in the domestic T20 league, he was quite optimistic about getting selected in the IPL.

The speedster has shared the Punjab dressing room with stars like Yuvraj Singh, Brett Lee, and Shaun Marsh in the 2008 – inaugural – IPL season. After that, he shifted base in 2011 to Kochi Tuskers Kerala and settled with the Royals in 2013.

With S Sreesanth’s comeback discarded even before the first player went under the hammer, stars like Aaron Finch, Marnus Labuschagne, and Shaun Marsh saw no buyers. Sachin Tendulkar’s son Arjun was picked by Mumbai Indians.