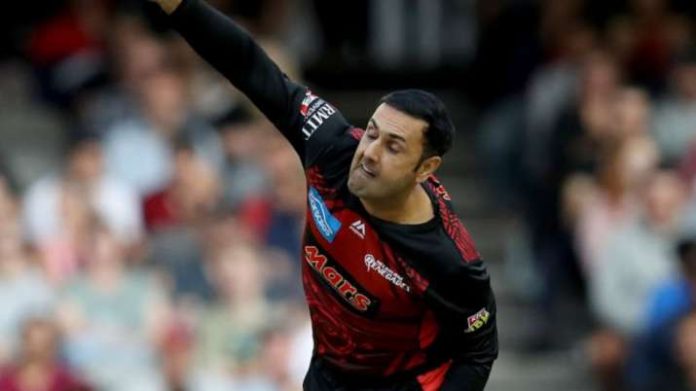 It was one hell of a comeback by the iconic Afganistan all-rounder Mohammad Nabi in the Prasidh Krishna’s over where he got hit on the neck after misjudging an odd bouncer. The young Indian quickie, who recently made an impressive debut for team India against England in the home series last month took the Afgan all-rounder by surprise with a fast delivery which went on to hit him on his neck.

The Incident That Left Mohammad Nabi In A Lot Of Pain

It was the third match in the 14th edition of the India Premier League between Sunrisers Hyderabad and Kolkata Knight Riders in Chennai. This year no teams can play at their home venues due to Covid-19 restrictions. SRH won the toss and decided to bowl first, which was not a surprising call but the pitch remained even Steven throughout the game.

However, it was a good toss to lose for KKR skipper Eoin Morgan. His side got off to a flying start in the powerplay. They made 50 without loss in that period. KKR scored 187 with the help of a brilliant 80 by Nitish Rana. He was accompanied by Rahul Tripathy, who made a quickfire 50 plus.

It was Rashid Khan and Nabi’s brilliance that the Knights did not get past the 200-mark. At one point, a bigger score was very much on the cards. Andre Russell’s poor form with the bat continued. He did not affect KKR’s score card much. They did put up a very good total on a challenging surface.

How SRH Responded To The Huge Total Set By KKR?

In the second innings, KKR started with their experienced debutant Harbhajan Singh. The spinner almost took David Werner’s wicket. That was if Pat Cummins was not there to drop his fellow countryman on a duck. Werner was not there for too long as he got caught behind by a surreal Prasidh Krishna delivery.

Bangladesh’s legendary all-rounder Sakib Al Hasan took the wicket of the other SRH opener, Wriddhiman Saha. He did so on the very first ball. It helped push the Orange Army on the back foot. Manish Pandey and Johny Bairstow started a good fightback. However, the England star eventually went back to the pavilion after making a good 40-odd runs. 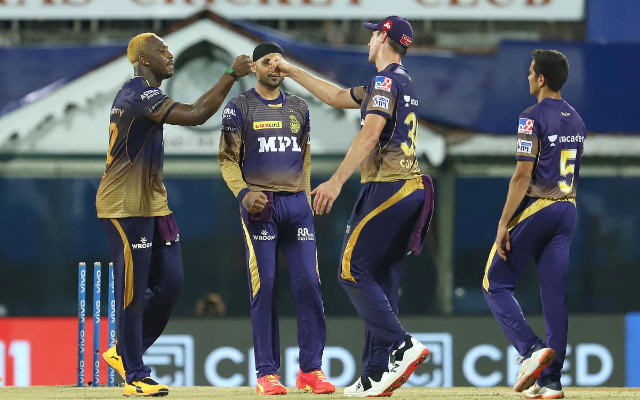 SRH promoted Mohammad Nabi up the order. This was to accelerate the innings. The Afgan was involved in another fine partnership with Manish Pandey. After Nabi got hit on the neck, SRH took the strategic time-out. The Afghan star made a brilliant attacking response by hitting a four in the very next ball he faced Krishna. The Indian fast bowler eventually got the better of Nabi and got his wicket. That was with a quality slower delivery and finished his spell with two vital wickets.

Last season Hyderabad made it to the playoffs only by net run rate. KKR finished fifth, which is a disappointment by their standards. It was some sort of mini revenge by KKR, who won the game by 10 runs. Nitish Rana was declared Man Of The Match. That was after his brilliant 80 and some really good fielding in the second innings.

Watch: Tillakaratne Dilshan Shows That He Has Still Got It With...