The show in Manchester started off really well and it was quite entertaining. Though Brock Lesnar was missing from the card, as he so often is, things were really good with the “invasion angle” once again. To add to that, Randy Orton’s on-screen presence was one of the main highlights of the show.

However, that was not the only thing that caught the fan’s attention. A lot of positives from the show were highlighted across the three hours. This is what would have gotten the fans excited, as we head in WWE Survivor Series, where RAW faces off against NXT and SmackDown both.

With that being said, here are the three best moments from the show this week-

With the likes of Brock Lesnar missing from the “Red Brand”, it was once again the women’s division that was put at the start of the show. Who better than the RAW Women’s Champion to start off the show. It had been quite some time since Becky had kicked off the show and the change was a welcome one.

Becky along with Charlotte Flair had a tag-team title match against the Kabuki Warriors. Though the match was a last-minute one (with Charlotte replacing Natalya), the result was as expected. The hype of Becky-2-Belts was once again pushed for a while, before The Man and The Queen lost the match.

This will surely help their opponents get a serious push that they deserve. Asuka and Kairi Sane are trying to cement themselves as strong heels and this was a positive result for them.

First Look At Imperium On The Main Roster

Walter of the Imperium faced off against former Universal Champion Seth Rollins, in a one-on-one match. It was a good fight between the two superstars, with the rest of the Imperium interfering, resulting in a disqualification, in favour of Seth.

Despite that, the fact that all four members of the stable looked impressive, was the standout point of this showcasing. The team from NXT UK further indulged in a four-on-four tag team match, with Rollins, the Street Profits and Kevin Owens facing off against them. 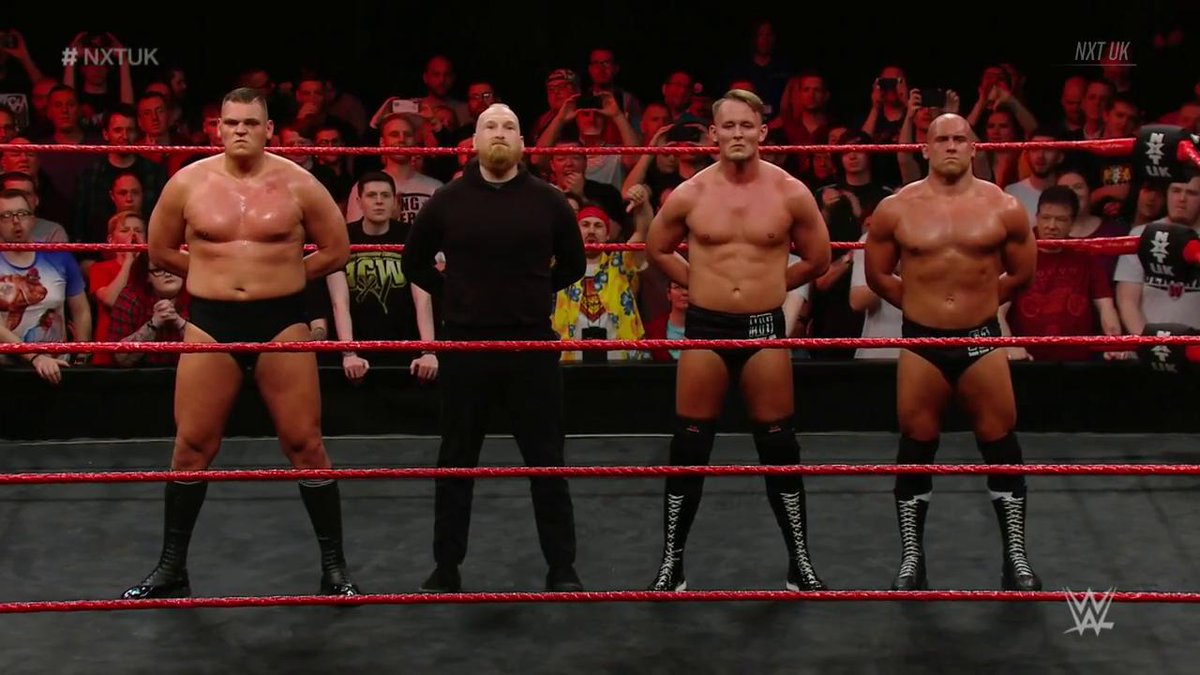 Once again, it was the team from RAW that stood tall. However, the fans will now have something more to look forward to at Survivor Series. Also, with Imperium impressing, the company is surely pulling more audiences to its other shows.

Survivor Series is one of the top four shows that WWE has in a calendar year. Luckily, the show this week was in the city of Manchester, which is well-known for its football. Keeping that in mind, there was a small promo involving Manchester United and Manchester City, representing RAW and SmackDown respectively. On the other hand, a few minutes post the promo, the RAW men’s team for the elimination match was announced. Randy Orton, who was toying throughout the night with Ricochet was placed alongside the high-flyer in the same team. This added a special spark to the main event, in which the two tagged together.

With that being said, a lot of things to look forward to next week’s show and Survivor Series, in particular, post an eventful NXT.

Final IPL 2020 Schedule: Tournament To Take Place In UAE Behind...