Team India Update- The former Indian captain MS Dhoni has remained out of cricket for close to a year or so. He last played in the semifinals against New Zealand. This was in the ICC Cricket World Cup 2019. Dhoni, now reportedly has told his former teammates that he will be retiring soon. MSD will turn 39 in July, this year, and is at the twilight of his career.

The retirement talks are on the round from the day Dhoni has gone into an unnatural exile from cricket. Most of the cricket experts from all over the world have already expressed their opinions on MS Dhoni’s future in the Indian Cricket Team. Dhoni also served the Indian Army at the Kashmir Valley during this phase. MS Dhoni was ready to make his comeback in the IPL for Chennai Super Kings. However, the coronavirus outbreak led to the indefinite postponement of the IPL.

According to current rumoured reports, MS Dhoni is thinking of deciding on his future in the upcoming days. Most probably he will take a call after the IPL. “He will take a call probably after the next year IPL on how to go about things in the T20 league,” a current senior cricketer, on conditions of anonymity, was quoted as saying in Sportskeeda.

The Source went on to say that MS Dhoni has no motivation left to play. He feels that there are youngsters who can take his place. So, he does not want to block their path. “Now there is no motivation to play anymore. When there are people he feels who can replace him, he does not want to block their chances,” another player stated. “When there is nothing to prove, where is the question of playing IPL to get into the Indian team,” another member of the Indian cricket team, who once played with Dhoni, said.

Sources reveal that MS Dhoni does not want to block the path of Rishabh Pant. Dhoni has lauded Pant and has spoken about his immense talent. “Dhoni can still demand a farewell game, but he is not ready to disturb the combination of the Indian cricket team. He believes that Rishabh Pant can do a very good job both behind the stumps and with the bat,” a source close to the veteran added.

Earlier, there were reports that MS Dhoni will be taking part in the upcoming edition of the Syed Mushtaq Ali T20 Trophy for Jharkhand to prepare for the IPL. However, the competition was cancelled and that was a setback. On the other hand, the edition of the Indian Premier League might be held soon.

Based on the level of his performances, the Team India call may or may not be an option. Only time will tell whether things will work out for MSD or not. He has been fighting hard to regain his form and play for India. However, only time will tell now. Let’s wait and watch how things plan out. 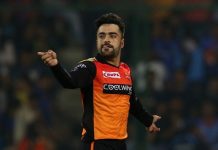