Chelsea will face Manchester City on Thursday in the Premier League. The match holds immense importance for various reasons. If Manchester City drop points against Chelsea in this match, Liverpool will be crowned Champions of the Premier League this season. On the other hand, Chelsea can’t afford to lose this match to maintain the thin advantage over their opponents in the top four race. 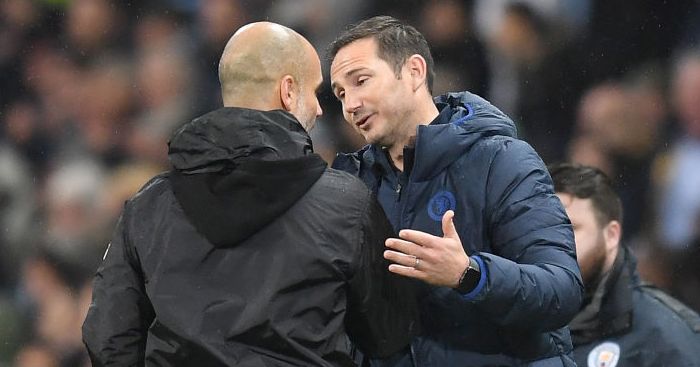 Manchester City is currently looking really good after the break. They have won back to back two matches against Arsenal and Burnley with ease. Pep Guardiola’s men will certainly wish to maintain their winning run against Chelsea on Thursday. However, Sergio Aguero picked up a knock in the previous game against Burnley. Now, he will not be available for Manchester City for the rest of the season. It is expected that Gabriel Jesus will start in place of Sergio Aguero on Thursday.

There will certainly be a lot of rotations in the starting lineup of Manchester City. It is quite natural that the manager will love to use his bench strength during this busy schedule. Riyad Mahrez is certainly one of the best performers for Manchester City if not the best. Aymeric Laporte and Benjamin Mendy are expected to be back in the starting XI after being rested in the previous match against Burnley. After Phil Foden’s brilliant performance in the previous match, it will be difficult for Pep Guardiola to bench him at this moment.

On the other hand, Chelsea’s defensive unit is still looking very much shaky. Manchester City’s attacking players will certainly put a lot of pressure on the defence of Chelsea. However, Chelsea’s attacking players are looking good at this moment. The Blues made a brilliant comeback in the second half against Aston Villa after conceding a goal in the first half against the flow of the game. The combination play between Olivier Giroud, Christian Pulisic and Willian will be a key factor in favour of Chelsea in this match.

“It Will Be A Shame,” Jorginho Talks About This Chelsea Star’s...