Kolkata Knight Riders will face Sunrisers Hyderabad on Saturday at Sheikh Zayed Stadium in Abu Dhabi. The match is going to be hugely important in terms of the playoff race. Kolkata Knight Riders are currently at the fourth position in the league table with 8 points in 8 matches so far. After two back to back big losses, the morale of the team is very much down at this moment. Kolkata Knight Riders need to get back to winning ways very soon to gain the momentum again in this tournament.

On the other hand, Sunrisers Hyderabad is also not in a good position at this moment. After the defeat against Chennai Super Kings in the previous match, they also need a win in this match badly to stay in the playoff race.

The toss is going to be an important factor in this season. Previously we have seen the captains choosing to chase the total in T20 matches. However, in this tournament, the team batting second is facing problems to chase down the total because of various factors. The pitches are getting slow in the second innings. Captains will surely assess the condition ahead of the match and choose batting or bowling first according to their team strength. Batting first teams are getting a slight advantage as the ball has started to turn a bit more and the ground sizes are big except Sharjah. 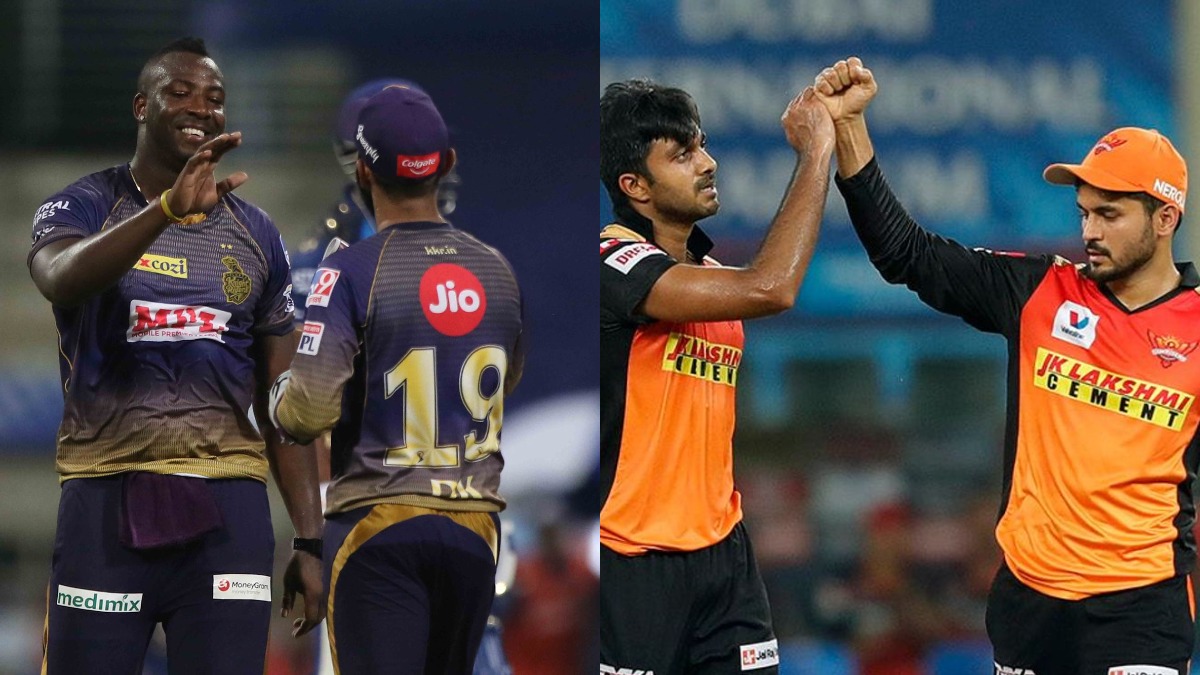 Kolkata Knight Riders are missing their star spinner Sunil Narine at this moment. The management will not risk him until the playoffs as he will not be able to bowl in this tournament again after another warning at this stage. The balance of the team has completely been destroyed after his exclusion. The star all-rounder Andre Russell has not been able to show his class yet in this tournament. The player will be hoping to get back to form as soon as possible. Andre Russell is an important member of this side and he needs to make an impact. Pat Cummins has fared well with the bat. However, he has not been able to pick up wickets in the powerplay. This has been an issue for the Knight Riders in this season.

Watch: Joe Root Sledges Chandimal By Asking Him To Throw His...