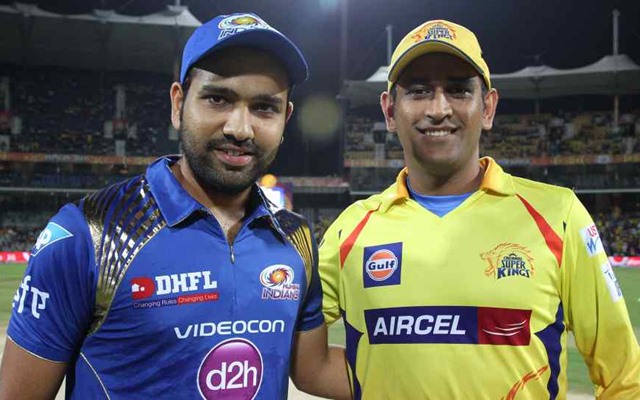 Mumbai Indians will lock horns against Chennai Super Kings on 19th September 2020 at 7:30 PM IST. The match will take place at Sheikh Zayed Stadium in Abu Dhabi. The biggest festival of Indian Cricket will now be back after a long wait. The fans are really excited to see their favourite players performing in the field after so many days.

The previous year’s Champions Mumbai Indians will be eyeing to kickstart the tournament with a win against Chennai Super Kings. These two sides have certainly been two best sides in the history of Indian Premier League. The balance in the side of Mumbai Indians will keep them ahead of the others in this season also. The blend of quality Indian players and foreigners have been the key of Mumbai Indians’ success so far. Rohit Sharma’s side is certainly a hot favourite on paper before the beginning of the tournament.

On the other hand, Chennai Super Kings are also looking forward to beginning their campaign with a win against Mumbai Indians. However, the things have not gone well so far for them as two key players have not been with the squad in the United Arab Emirates this time. Suresh Raina and Harbhajan Singh’s absence will certainly affect the game plan of Chennai Super Kings this season. They will have to adapt to the situation and get themselves back into it. However, the experience of this Chennai Super Kings side will certainly make them one of the top contenders to reach playoffs this season. The pitch at Sheikh Zayed Stadium will surely not be a flat track where the batsman will get all sorts of advantages. Rather, the spinners will play an important role in the game and the pacers will also get some movements at the beginning of the innings. It will certainly be a game where 150+ runs on board might be enough to put huge pressure on the chasing side. The captains of both sides will love to bat first after winning the toss.

Chennai Super Kings’ players are very much well adapted to the condition as the pitches in Chennai are also slow turners. So, they will surely be eyeing to capitalise on it. However, the absence of Suresh Raina and Harbhajan Singh will keep Mumbai Indians slightly ahead in this match.