Royal Challengers Bangalore will lock horns against Kings XI Punjab on Thursday at Sharjah. RCB are currently at the third position in the league table with ten points in seven matches so far. Royal Challengers Bangalore have found a rhythm in this competition. Virat Kohli and co. will be desperate to maintain the winning momentum against Kings XI Punjab.

On the other hand, Kings XI Punjab is at the bottom of the league table with two points in seven matches after the end of the first half of the tournament. At this point of time, Kings XI Punjab has to win almost all the matches to qualify for the playoffs. Kings XI Punjab will target this match to turn around their fate in this season.

The match will be played in Sharjah, which will be a factor too. The toss winning captain will surely love to chase because of the short boundaries of Sharjah. The teams might be confident to chase down any total in this ground. However, the pitches are getting slower at the backstage of the tournament. The bowl is turning and it will not be a very easy job to chase a big total in this pitch. So, batting first after winning the toss might be the safer option for the captain. 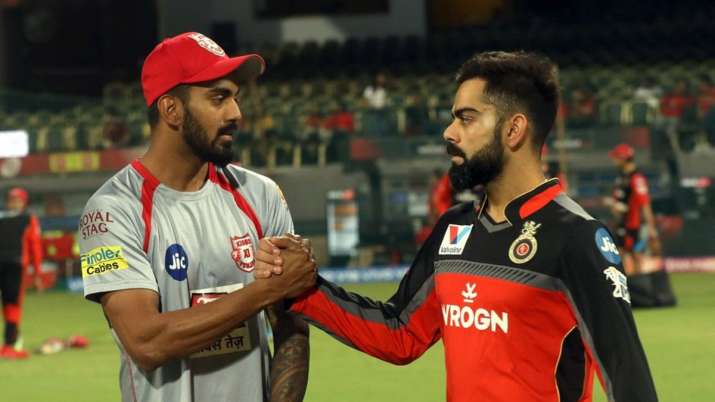 Royal Challengers Bangalore have demolished Kolkata Knight Riders by 82 runs at Sharjah on Monday. They will be excited to play at the same venue on Thursday. AB de Villiers has got back his form and that might be the biggest positive for Royal Challengers Bangalore at this moment. The bowling unit of RCB has been doing a brilliant job so far in this season. The spinners of Royal Challengers Bangalore are restricting the scoring rate of the opponent in the middle overs. They are also taking wickets in regular interval. As a captain, it will be a very pleasing situation for Virat Kohli. He has seven bowling options in his hand and he is rotating his bowlers very well throughout the whole match.

On the other hand, Kings XI Punjab has beaten RCB in this tournament. That had been the only win for them in this season. They will be eyeing to make some changes in the starting XI. Chris Gayle will surely come into the side and that might change their fortune a bit this time.