Lutz Pfannenstiel has drawn a huge comparison between Pep Guardiola and RB Leipzig boss Julian Nagelsmann. Pfannenstiel believes that the 32-year-old German coach is the most exciting one in the current generation. In 2016, Nagelsmann worked with Pfannenstiel, who was Hoffenheim’s former head of international relations and scouting at that time.

Pfannenstiel said in his latest DAZN column: “Julian is a driven man, a perfectionist. He can not lose – and it does not matter whether it is a competitive game or a casual duel in table tennis, a round of Mikado or a duel with me on penalties.”

“Very good is not good enough for him; that became clear at a young age. So, it is no surprise that he is probably the most exciting coaching talent in Europe today.”

Julian got the chance to make a name for himself after he joined RB Leipzig in 2019. At Hoffenheim, he already showcased his potential to become a great manager, and it was no surprise that he got the chance to manage a Bundesliga team at such a young age. Despite being a very talented young manager already, Pfannenstiel believes talent is not the right word to describe Julian anymore as he is now experienced at his job.

“Talent is the wrong word. Julian is not a talent anymore as he has a lot of experience despite only being 32 years old. At TSG he trained the U17s and the U19s. He already worked as an assistant coach for the first team in 2013 and then trained them as head coach for over three years from February 2016 before moving to RB Leipzig.”

“Julian knows what it is like being in a relegation battle and the Champions League. Therefore I would say Julian is probably the most exciting coach at the moment.”

Pfannenstiel says when it comes to thinking tactically and analyzing the opponents, the RB Leipzig boss is better than Pep Guardiola. His brain is so fast that it takes only half a minute to describe basic tactics about the match where others take much more. 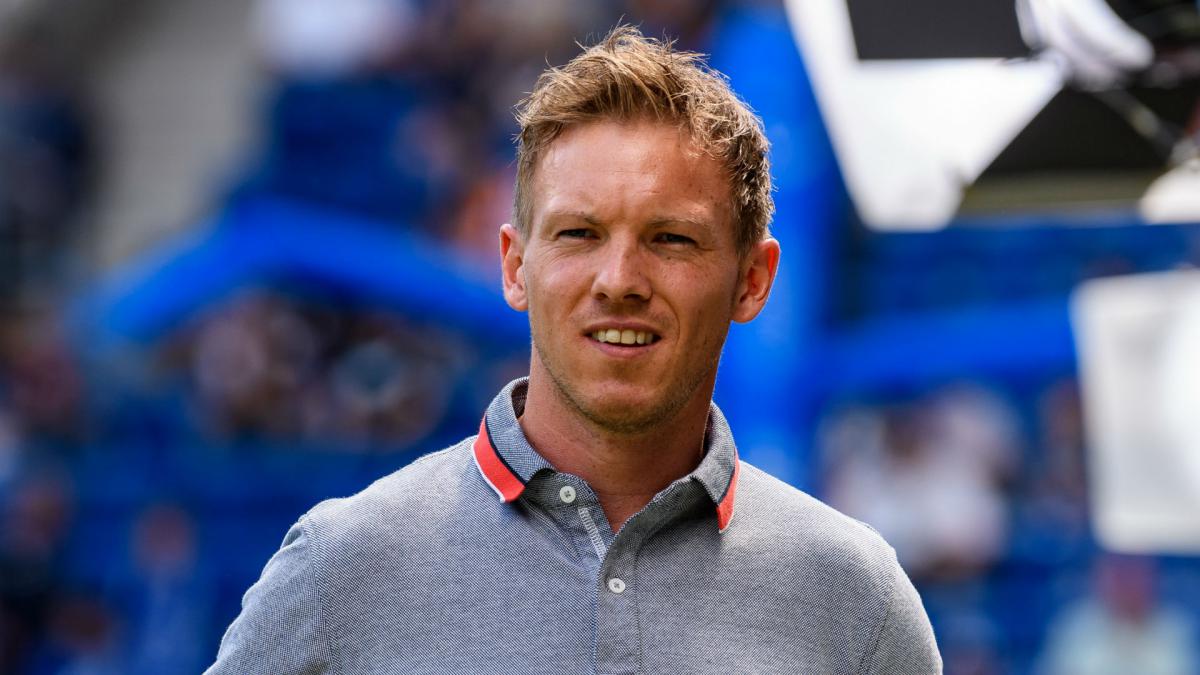 “What also impresses me incredibly about Julian is his ability to analyze,” added Pfannenstiel.

“For example, if I am a DAZN expert during a live game, I should and must recognize certain things. It takes me three minutes to decrypt a basic formation, for example. Julian needs about 30 seconds. Julian is even better than Pep Guardiola when it comes to reading the opponents’ style of play and adjusting the tactics accordingly during a game.

“Pep is someone who analyses a lot and then makes a decision. With Julian, the analysis runs parallel to the observation. We are talking about a very small window of time, but it can be crucial. Incidentally, this is not a talent, but a gift. I have met a lot of coaches, but Julian has this quality exclusively. It is unique.”

Pep Guardiola’s Manchester City will be back in action in the Premier League on 17th June. The city will host ninth-placed Arsenal at the Etihad, the game which was postponed due to the Coronavirus outbreak, back in March.

Must Watch!! 10 Of The Best Ever Free-Kicks Scored By Free-Kick...

Three Centre-Forwards Chelsea Can Look To Sign In The Upcoming Summer...

Wow! Former Manchester United Main-Man Could Be On His Way To...