Of all the things fans were expecting on SmackDown’s go-home show for Survivor Series 2019, WWE unveiling the new title design for the Intercontinental title was probably the last thing in mind. The episode emanated from the Allstate Arena in Rosemont, Illinois. The show kicked-off with a triple threat match between Sasha Banks, Charlotte Flair, and Rhea Ripley representing their respective brands in the match, which was won by Ripley at the end with a very clever finish.

After the match, Shinsuke Nakamura along with his mouthpiece, Sami Zayn came down to the ring. Zayn was carrying a black bag that seemed to contain something, but judging by the company’s history, it didn’t build much intrigue. However, much to everyone’s surprise, Zayn unveiled the new Intercontinental title from the bag and gifted it to Nakamura, which was a massive step up from the previous design.

WWE’s Intercontinental championship has always been one of the most prestigious championships in the history of wrestling. It was usually given to the work-rate wrestlers, who were a step away from the top championship. It was always seen as a secondary title, but the pride that wrestlers feel in holding the belt is much more than other championships on the same level such as the United States championship. Superstars like The Miz have been constantly talking about how gratified they felt when they won the championship for the first time. 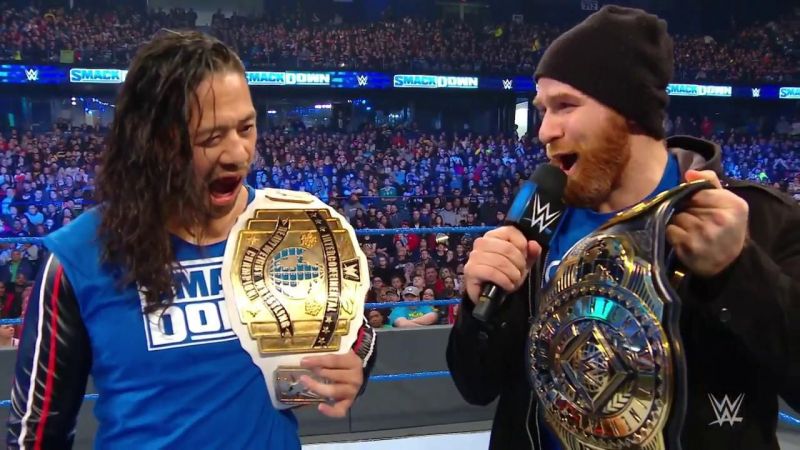 WWE Hall of Famer Pat Patterson became the first-ever WWE Intercontinental Champion on September 1, 1979. After that, a plethora of WWE legends and Hall of Famers like Shawn Micheals, Mr. Perfect, Christian to name a few, have gone on to hold the belt. The intercontinental title has played a huge role in elevating superstars to the main event. Chris Jericho has the most reigns as the Intercontinental champion with nine. From the active WWE wrestlers, Miz has the most reigns with 8. He is also responsible for bringing prestige back to the title in 2016-2017 when the belt was feeling kind of an afterthought due to negligence from the management.

The Honky Tonk Man has the longest uninterrupted reign at 454 days. Dean Douglas has the shortest reign at just 13 minutes 52 seconds. Chyna is the only woman to win the title in history. Jeff Hardy is the youngest wrestler to win the belt at the age of 23, while Ric Flair is the oldest, who won the title at the age of 56.

It seems like WWE is on a design changing spree at the moment. Only last week they introduced a new design for the Bray Wyatt’s Universal Championship which is now blue instead of red. Since the start of 2019, we have seen four new championship designs with 24/7 championship and women’s tag team championship being the other two.

While they are at it, maybe they will think about changing the design of both the men’s tag team championship and the United States championship because they look stale compared to other belts at the moment.