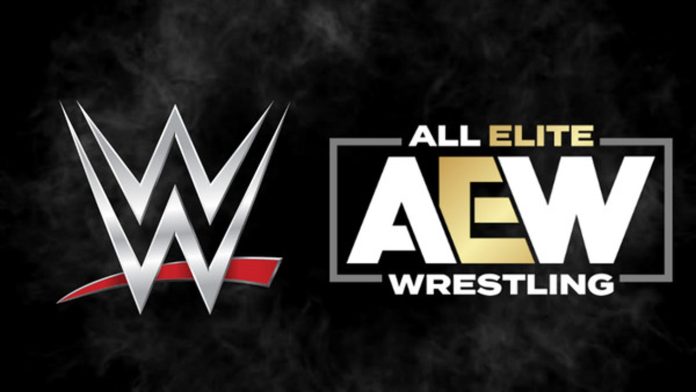 New WWE United States Champion- Last night’s edition of Monday Night Raw was pretty eventful. Many unexpected things happened and some storylines were progressed in a major way. Highlights from the episode included Seth Rollins turning heel, a long opening promo which was actually good, Asuka defeating Charlotte for the first time in a one on one match, Authors of Pain returning to TV after a hiatus, entertaining Fatal-4 way match, Andrade continuing his winning run, and Randy Orton turning face… sort of.

What Is The Story About The New WWE United States Champion?

However, the biggest focus on the show was Rey Mysterio winning the WWE United States Championship against AJ Styles. He got a major pop from the crowd after pinning Styles and provided for a genuinely good moment after what happened with him on Sunday’s Survivor Series. He later celebrated with his son, Dominik. It should have been the closing moment of the show but then Raw went for another hour.

A United States Championship match was set up between AJ Styles and Humberto Carrillo, but The OC attacked Humberto when he was making his way to the ring. After that, Ricochet, Drew McIntyre, Randy Orton, and Rey Mysterio showed up to challenge Styles for the match, setting up a Fatal-4 Way match between them to determine the No. 1 contender for the championship, who would go on to face the champion later on in the night.

Rey rolled up Ricochet to get the championship opportunity and later, with little help from Randy Orton won the belt from Styles. It was not made clear why Randy helped Rey but seem like Randy is going to feud with Styles next, probably at next month’s TLC pay-per-view. This is Rey’s second run with the title, with the first one coming in May this year when he won the belt against Samoa Joe at Money in the Bank.

How Will This Impact The Upcoming Edition Of The Show?

After relinquishing his United States Championship to Samoa Joe in March this year, Rey feuded with Andrade for a while. That was before being sidelined due to an injury. When he came back, he found himself involved with Brock Lesnar and Cain Velasquez. That eventually put him in the Universal Championship match against The Beast. It was which he lost at Sunday’s Survivor Series. We have to wait and see who will step up to Rey to challenge him for the title first. Hopefully, it would be Andrade. The fierce rival is on a winning streak since being drafted to Raw in October. He and Rey have a bit of history too.

AJ Styles won the United States Championship against Ricochet at Extreme Rules in July this year. Since then, he has defended his title against multiple superstars. That was with the help of his OC teammates. It was Styles’ third reign with the belt. The other two coming back in 2017 before he moved to the “Blue brand”.

The United States championship gained some credibility this year. That was after being involved in meaningful reigns under the likes of Samoa Joe and eventually AJ Styles. Hopefully, it will be continued moving forward. We will want to see the championship involved in more valid storylines now.

CM Punk Returns To WWE Backstage: Everything You Need To Know