Serge David Gnabry, born in Stuttgart, Germany (on 14th July 1995) to an Ivorian Father and German Mother. This German-Ivorian was a talented sprinter but ultimately chose football over track and field. His tendency of sprinting through the right wing and dribbling past the opponent’s defence and battering the opponent’s net with pinpoint shots is never a rare picture in today’s German Football.

One such picture can be seen in a match against Netherlands in UEFA Euro Qualifiers 2019 where he dribbled past Netherlands centre-back Virgil Van Dijk outside the six yard’s box and placed the ball at the top right corner of the net. This German young talent’s senior football career started at English Premier League side Arsenal in the 2011/12 season where he was promoted to the reserve bench from the U-18 squad due to his impressive performances. On 20th October 2012, he made his English Premier League debut against Norwich City and his first professional goal came in the 2013/14 season against Swansea City in which Arsenal won 2-1 and climbed to the top of the table. Gnabry’s impressive start to that season made him a nominee of the ‘Golden Boy Award 2013’ award and earned him a new five-year contract with Arsenal. He went on to become one of the most promising young talents in the English Premier League. 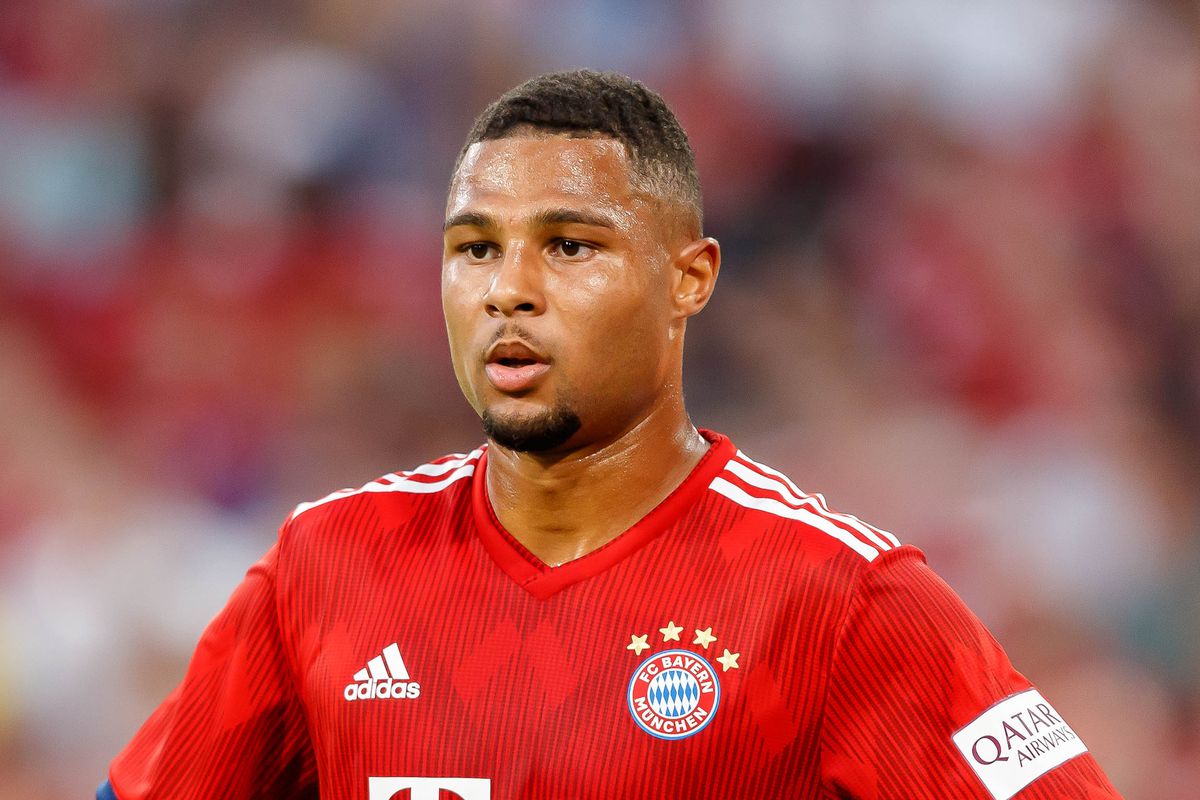 Unfortunately, when everything was on the rise and he was all set for an impressive start of the new season, he faced a serious knee injury which kept him away from the first team for over a year. He was loaned to West Bromwich Albion and at the end of that season, he lacked first team appearances.

On 31st August 2016, Werder Bremen bought him for £5m from Arsenal. In his single season at Werder Bremen, he scored 11 goals in 27 appearances helping his side to finish 8th in Bundesliga. On 11th June 2017, after recognizing his immense talent Bayern München bought him for €m. They let him go in a season-long loan at TSG 1899 Hoffenheim on his wish, in order to gain more experience before wearing the prestigious redshirt. He finished the 2017-18 season with 10 goals in 26 matches for Hoffenheim and helped his side to secure a UEFA Champions League spot for the next season. After that impressive season, Gnabry was presented as a Bayern München player on 2nd July 2018 and was assigned with the jersey number 22.

He scored his first goal for Bayern München in a 1-1 draw against SC Freiburg. On 2nd March 2019, Gnabry scored Bayern München’s 4000th Bundesliga goal during a 5-1 win over Gladbach, helping his club to become the first to achieve the milestone. He finished the 2018-19 season as Bayern’s second top scorer with 10 goals in 30 matches. He became a powerful name in the attacking line-up for Bayern München due to his incredible dribbling and sprinting quality from the right wing along with his incredible shooting quality from outside the six yard’s box. He represented Germany in many international tournaments along with the 2016 Olympic Games where he became the joint top scorer with his team-mate Nils Petersen helping his nation, Germany to win the silver medal.

On 4th November 2016, he received his first call up to the German senior team on his debut in a 2018 FIFA world cup qualifiers scoring his debut hat-trick against San Marion winning by 8-0. Serge Gnabry till date is one of the most important players for Bayern München and for German senior national team with his unique playing ability as a fast skillful player with the amazing ability to score outside the penalty box through pin-point shooting.

Arjen Robben’s departure from Bayern Munich last season he became the only true player with his playing ability to fill that gap. Germany have lacked players with this kind of playing ability for many years. German national team became flexible to play in 4-3-3 with two wing forwards with Leroy Sane operating from the left wing and Serge Gnabry from the right wing. After the terrible performance of the entire German squad in the 2018 FIFA World Cup, they are ambitious to build a fresh young squad with players like Gnabry in the attacking line-up.

With such ambitious young talents and performances, Germany will surely re-establish their place of dominance in the entire World Football in the coming days. Gnabry’s start has been really positive, but hopefully he can emulate the likes of Ashley Cole, who won various titles since his departure from the Emirates Stadium.