The Blues could not sign any player this season after getting banned in the transfer market last summer. This situation has helped many Chelsea youngsters who came through the academy. The likes of Tammy Abraham, Mason Mount, Reece James, Fikayo Tomori, Billy Gilmour, all have been a star for Frank Lampard’s side this season. Now the transfer ban is lifted and with some decent budget in hand. The Chelsea board is ready to give Lampard a minimum of £200m transfer kitty this summer.

Chelsea signed Hakim Ziyech from Ajax for £36m who is Lampard’s first summer signing. He will join them at the start of the next campaign. The 27-year-old Morocco International is now at the peak stage of his career. It is a crucial step for him to play in the biggest stage in England. Veteran players like Willian, Pedro, and Giroud are expected to leave Stamford Bridge as they are linked with some of the biggest players in the transfer market. Last summer after the exit of Eden Hazard, the Blues have struggled to fill his gap. They were finding it difficult to score goals in this season. 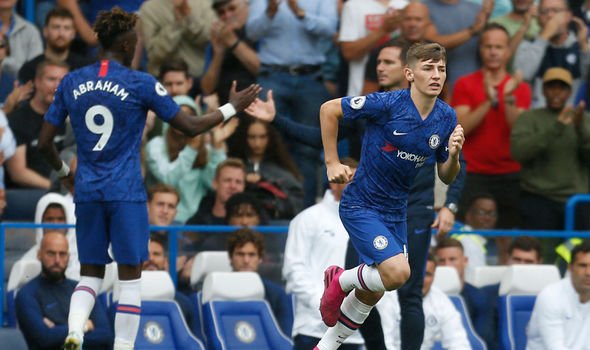 The Problem So Far

There have been many injury concerns as first-choice forward Tammy Abraham was sidelined in recent weeks. The 22-year-old scored only 14 goals so far and that was a worry. He is still not happy and yet to sign a new contract.

Tammy wants a similar package as his teammate Callum Hudson-Odoi, who earns 180,00k/week. Injuries have kept Ruben Loftus-Cheek out the whole season and he is yet to make an appearance under Frank Lampard.

Something similar has happened to the young American star Christian Pulisic. The attacker is out of the team since the Blue’s 1-1 away draw in the New Year’s Day. Home form has been a worry as they failed to take most of the opportunities at Stamford Bridge.

They are already out of the title race in the Premier League. Also, the Londoners are almost down and out in the Champions League as well. Their 3-0 loss against Bayern Munich at home in the round-of-16 first-leg tie hurt them the most.

The only hope for silverware this season is the FA Cup. Chelsea is to face Leicester City away in the Quarter Finals of the competition. Record signing Kepa Arrizabalaga was benched for seven straight games under Frank Lampard after many poor displays. However, he is back in the team in the last few games. Jordan Sancho of Borussia Dortmund, Luca Jovic of Real Madrid and Inter Milan’s Lautaro Martinez have been strongly linked with Chelsea in recent times.

If these transfers do happen now, the entire dynamics of the west London outfit could change. So, let’s look at how Frank Lampard can reshape his squad in the upcoming season, as he looks to win more titles-

“It Will Be A Shame,” Jorginho Talks About This Chelsea Star’s...