The T20 World Cup will take place in Australia next year and the fans will be hoping for a super-showdown. After the impressive performance by England in the 50-over tournament, their rivals will be keen on pushing for a win. A lot will be at stake for the various teams that take part in the competition and anything is possible in a T20 game.

Two-time world champions West Indies are still a ferocious side in world Cricket. Players like Evin Lewis, Sunil Narine, Shimron Hetmyer, Kieron Pollard, Nicolas Pooran, Carlos Braithwaite are fearsome hitters, who have made West Indies a strong side. Marlon Samuels who was the hero of both the finals in 2012 and 2016 is out of the team.

However, who can forget assault by Carlos Braithwaite on Ben Stokes in final over of World T20, back in 2016. Also, West Indies has some talented young crop of bowlers like Sheldon Cottrell, Oshane Thomas, Keemo Paul and Fabian Allen in their lineup. They have a clear mindset of T20 Cricket and can dominate the game.

A blueprint of success in this format is to have power-hitter allrounders in their team who can change any match with their fearless hitting and also give team advantage of extra bowling options. So they have four all-rounders always in the eleven. They are the team to watch this World Cup, as they are always an entertaining side, not only for their power-hitting also with their dance moves.

The Kangaroos have won five ICC World Cups in the ODI format, but they couldn’t replicate that performance in the shortest format of the game. However this time around they have a tough team that can beat any side. They have star opening pair of David Warner and Aron Finch, with Steve Smith who is in herculean form after comeback in international cricket.

They have hard hitters like Ashton Turner, Chris Lynn, D’Arcy Short and Glen Maxwell in the team if Maxwell is available after his sabbatical due to mental issues. Have a menacing pace lineup of Mitchel Starc, Pat Cummins, Kane Richardson, Sean Abbott and Billy Stanlake. Also, they have young and proven leggie Adam Zampa. They have demolished a promising side of Sri Lanka at home, who whitewashed World’s top-ranking team Pakistan in their home. So with the ICC WT20 on their home turf, Australia might fancy their chances to lift the trophy first time.

India is also one of the contenders to win this World Cup. Impeccable consistency of skipper Virat Kohli and threatening pacer Jasprit Bumrah, make this side formidable in T20I cricket. Also, if Rohit Sharma continues his dream form of 2019 to the next year T20 World Cup, he might be the key player of India.

Hitters like Hardik Pandya and Rishab Pant are invaluable in this format. Bhuvaneshwar Kumar, along with Jasprit Bumrah make India the best death-over bowling side across the globe. In the spin department, India has its high hopes on Chahal and Krunal Pandya. That is along with Kuldeep Yadav who can be a wicket-taking option as well. 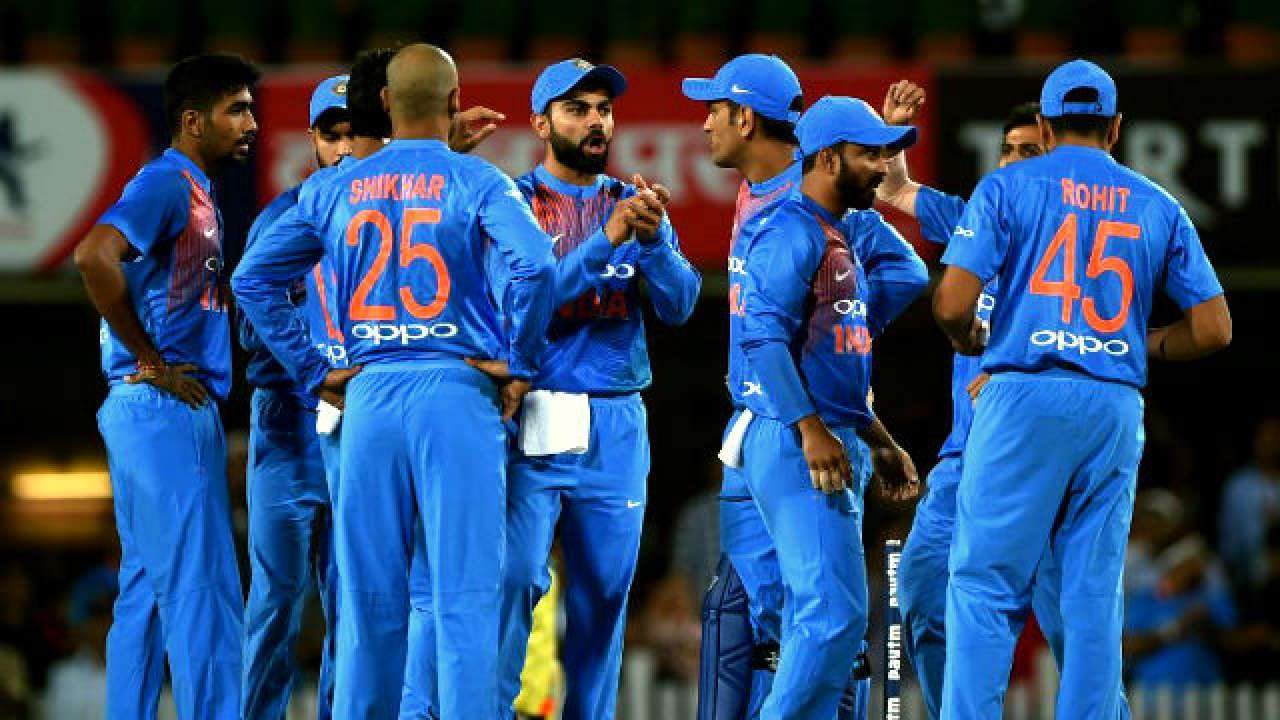 If Shreyas Iyer can provide balance to the middle order, this team can be formidable. That is next year in the WT20. The only weakness of this India team is their approach of an inning. They should get rid of Shikhar Dhawan. That is if they want to take advantage of field restrictions in the powerplay. In place of Dhawan, they have an option like KL Rahul or Rahul Tripathi to open the innings.

Also, Rohit needs to raise his tempo early in the innings. If team India can shrug off old methods, they can be real favourites in ICC WT20 2020.

How Mahendra Singh Dhoni Could Have Played For Royal Challengers Bangalore?