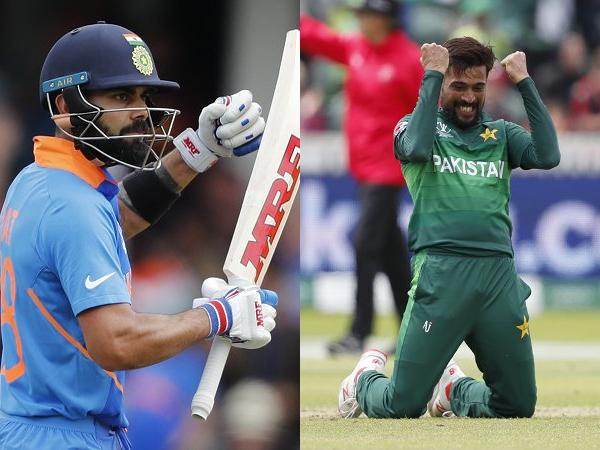 The Virat Kohli Saga Continues- India and Pakistan have not faced each other in any sort of bilateral series since the year 2012. The political relationship between the two countries has continued to worsen. However, the political tension has not affected the relationship between some of the players from both sides who face each other on the field. A few of them are Shoaib Malik, Mohammad Amir, and Virat Kohli. They share a very close bond between them which we get to see on the field.

Kohli and Amir have a very good relation between themselves. The Indian captain even gifted him his bat before the ICC World T20 2016 clash at the Eden Gardens. Now, Mohammad Amir has selected Virat Kohli as the best batsman of the current generation.

Mohammad Amir has been currently engaging in Instagram live chat with his friends and teammates. During the live chat, he got a question. Amir had to pick the best batsman of the current era. Amir picked Virat Kohli and also said that there is no match to the Indian captain in the current era. He even picked Pakistan’s former opening batsman Saeed Anwar as his favourite batsman overall. However, He called Virat Kohli as the best in the current lot. “My overall favourite is Saeed Bhai but if you talk about this era then it is Virat Kohli. There is no match to him in this era,” Amir said.

Mohammad Amir has faced criticism from many people for calling it quits in the longest format of the game, soon after the World Cup. Former Pakistan bowling coach Waqar Younis even took a sly dig at him and Wahab Riaz. He criticized them and said that the duo left the team at the wrong time. But, the former Pakistan coach Mickey Arthur supported the decision of Mohammad Amir.

“Aamir spoke to me about it and he kept me in the loop on his decision. We discussed it many times. But maybe I was too hard on him playing him in every Test I could. I could see he was losing his hunger for test cricket and his body was not able to handle the pressure of three formats,” The Statesman quoted him. Though the heated debate continues between Indian and Pakistani fans, Amir has taken a side. The fans continue to argue and fight over who is better, Virat Kohli or Babar Azam. Both are talented stars, yet when two such amazing talents come face-to-face, the fans and the cricket fraternity do tend to take sides.

There is no doubt that the debate won’t end any time soon, as we have seen in the past. However, it seems that Virat has won over some respect from the opposite camp. If he continues to perform like he is doing at present, he could well surpass the very best at the top of the game. Whether that actually happens or not, remains to be seen.