The Best Of This Era?

The 1998 FIFA World Cup Final versus Brazil and 2006 FIFA World Cup Quarter-final vs Brazil – two matches, eight years apart, with stunning similarities.  Two matches against tournament favourites, one protagonist in common and two matches that will contest each other as the one with the best ever individual performance in an international fixture ever. Even one such match could have been the summary for most of the good players’ careers – but not Zinedine Zidane’s.

Serie A, La Liga, UEFA Champions League, World Cup, Euro, Ballon d’Or, FIFA Player of the Year – he has won it all. Zidane became the most expensive member of Real Madrid’s famed ‘Galacticos’, as well as the world with a €77.5 million transfer in 2001, a record that stood for eight years. In 1998, he starred in the World Cup final as the trophy came to France for the very first time. In 2006, he came close to the trophy again but an alleged abuse by Materazzi during the final match made him lose his cool and he had to receive a red card following a moment of madness in the form of a head-butt.

Zidane’s final tournament before retirement ended in despair and shame. His story could have ended here forever.  Zinedine Zidane isn’t like anybody else. He returned to the club where he reached the peak of his football career, this time as an “Assistant Manager” to Carlo Ancelotti. Together, they brought the coveted La Decima in 2014. In 2016, Zidane was appointed as Real Madrid’s new manager following the departure of Rafael Benítez and Real Madrid went on to win another three UEFA Champions League titles back to back till 2018. 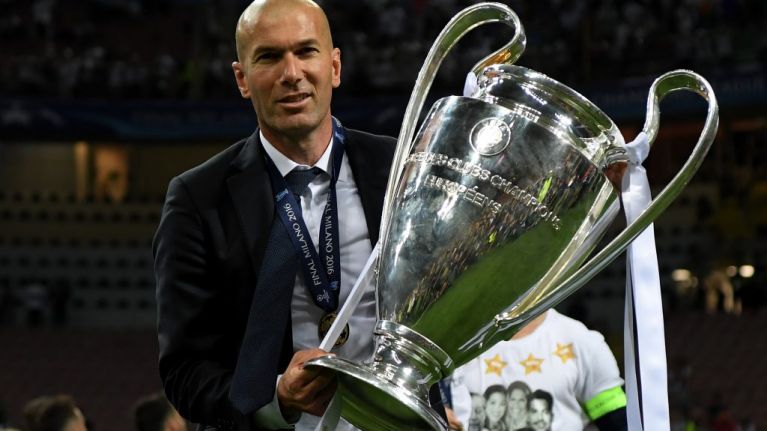 In 2017, the La Liga title returned to Real as well, for a historic double, and Zidane won the FIFA Manager of the Year award. Zidane resigned after a UCL victory in 2018 but a disastrous season has now seen him return to rescue the club once again, just as he had to come back from retirement to save the French national team before the 2006 FIFA World Cup.

As a footballer, Zidane is widely regarded as one of the best the world has ever seen. To some, he is the absolute best – former Galactico team-mate David Beckham being one of them. Now, as a manager, he is again reaching a stage away from comparison with the rest and his second stint with Real Madrid will go a long way in determining how further his reputation can escape beyond comparison with other managers.

The Biggest Overhaul In Recent Times?

Zidane is making some crazy things happen at Real Madrid now. He has already signed Chelsea’s Eden Hazard and Manchester United target Luka Jovic. Apart from that, the club has added Eder Militao, Rodrygo and Ferland Mendy, making his team formidable once again.

Apart from that, the two heavy-weights go head-to-head against each other in the first game-week of the Premier League. Both teams have not been at their very best, though the Blues ended up winning the Europa League title at least.

The Red Devils failed to finish in the top four of the Premier League and will lose some more stars too. With Los Blancos and Zidane capturing some prominent targets that they would have wanted to sign, things are getting quite interesting now.

P.S. Happy Birthday in advance to the Legend!!

Breaking: Chelsea Superstar Looking To Extend Stay At The Club?