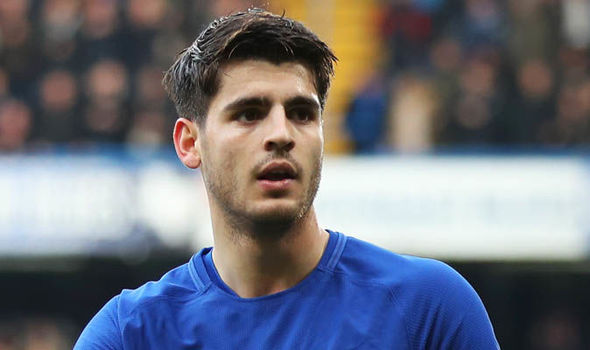 According to former Chelsea player and manager Ruud Gullit, Alvaro Morata is the centre forward that the Blues need in this moment. Though, the manager of Chelsea, Maurizio Sarri had claimed that the Spaniard’s confidence level is still fragile and he has to improve a lot after the match against Crystal Palace.

Alvaro Morata has scored five goals in last six matches for Chelsea FC. With Olivier Giroud being absent in last few matches due to a injury problem, Alvaro Morata is consistently playing for the Blues in last two weeks. After joining Chelsea from Real Madrid in the summer transfer window of 2017-18 season with a transfer fee worth £70m, it was hard for Alvaro Morata to get used to with the style of play in the Premier League.

Ruud Gullit believes that the mistake is not completely of Alvaro Morata in terms of not getting enough goals in this season. The tactical approach of Maurizio Sarri is not helping Alvaro Morata to be lethal as a striker. The wide players of Chelsea are trying to cut inside and take a shot towards the goal instead of sending a perfect cross towards Morata in the penalty box. For this season, it might be helpful for the other players of Chelsea like Willian, Eden Hazard, Pedro, Marcos Alonso to get goal; but this is certainly not helping Alvaro Morata.

According to Ruud Gullit, the Chelsea players need to send more crosses towards Alvaro Morata to get him more involved in the match. Otherwise Alvaro Morata is making those runs in the penalty box; but not getting enough balls towards him are making things difficult for him.

Wow! Chelsea Could Have Had More January Signings If This Deal...