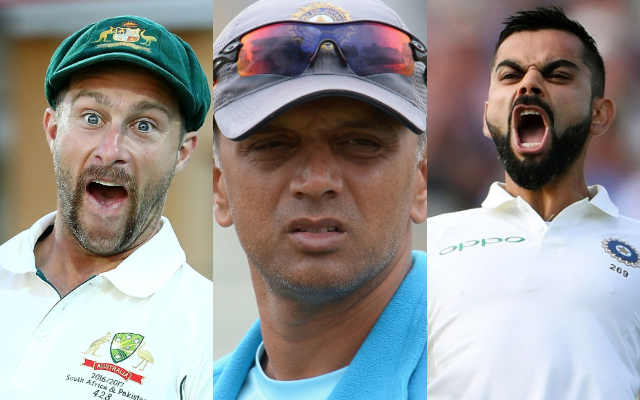 The Response Of Rahul Dravid- There is still no confirmation or surety of India’s Tour Of Australia at the end of the year. However, the verbal altercation has already begun. Australia is very aggressive with their words. But they have reduced their intensity a lot now as Matthew Wade recently said that he will not sledge any Indian player during the Test Series. He feels that this will fire up this Indian Team and they know how to use it to their advantage.

Former Indian legendary cricketer Rahul Dravid has now expressed his opinions regarding this matter. He has advised the Australians to not sledge Virat Kohli during the Test series. He knows the Indian captain closely and hence said that the Indian captain thrives on the contest in the middle. Virat Kohli was fired up during the Tests series against Australia in 2018-19. India won the Test series down under for the first time. 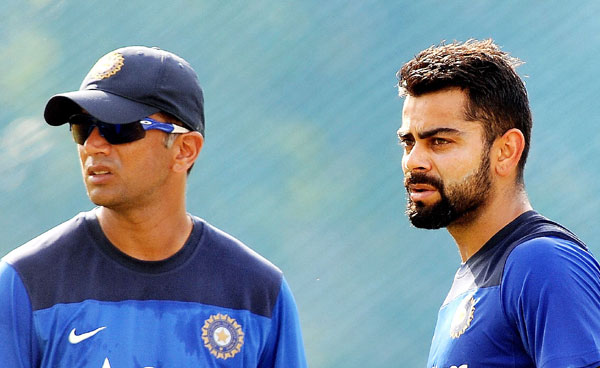 What did Rahul Dravid say?

“He sort of lives for it, he loves the fight, he loves the contest. He is pretty competitive and aggressive as it is. You do not want to get him more aggressive, I do not know how more he can get,” Rahul Dravid said on ‘Sony Ten Pit stop’ show aired on the channel’s Facebook page.

Dravid about the India-Australia Test Series:

“In the end, a lot of this stuff does not really affect players. In the end, it is a contest. They know they have to be at the top of their games. The skills have to be top class. They want to compete against someone like Virat. Virat also knows he has to be at top of the game if he wants to perform against the likes of Cummins, Starc, Pattinson, Hazlewood – that is a pretty good attack. He knows that as well,” Rahul Dravid further added. We will have to wait longer to see Virat Kohli and his men take the field. BCCI has called off the Sri Lanka Tour. So there will be a longer delay before the Indian Cricket Team hit the ground running again. Virat Kohli will be eager to get back to the field after staying away from the game for so long.

Kohli And His Aggressive Nature

There is no doubt that Kohli does enjoy the aggression on the pitch. However, he has now become more sensible and mature with time. His on-the-pitch aggression has now gained a new and positive approach now.

The star batsman isn’t as naive as he would have been a few years ago. He appreciates the “spirit of the game” and expects his team to do the same as well. That isn’t too hard to do it, is it now?

ABOUT US
Beyond The Posts is a US-based website which focuses on the big stories currently circulating across the globe. The aim of this website is to share multiple opinions with the audiences and the readers, which can co-exist in society.
Contact us: [email protected]ondtheposts.net
FOLLOW US
Developed By Right Softwarewala