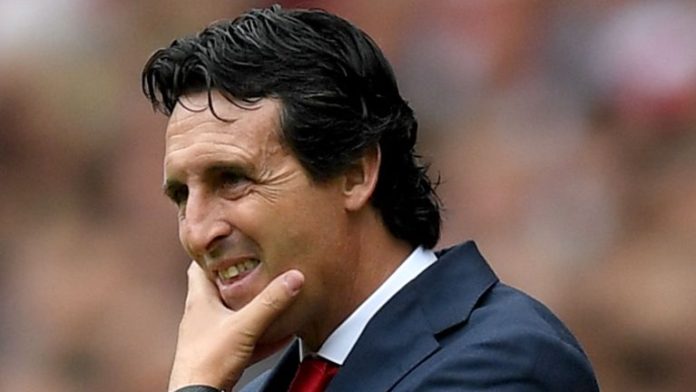 Arsenal midfielder, Henrikh Mkhitaryan has left the club on a season-long loan to join Serie A outfit, AS Roma. The Giallorossi will be paying a loan fee and the wages of the Armenian international but the deal does not have any obligation to buy the attacking midfielder permanently.

The 30-year old joined Arsenal back in January 2018 from Manchester United in a deal which saw Alexis Sanchez going the other way to Old Trafford. However, now the duo will face each other in Serie A this season, as Sanchez has joined Inter Milan.

Mkhitaryan never really managed to cement his place in the first eleven under Unai Emery. The 30-year old attacking midfielder scored nine times in 59 appearances for the Gunners. He also featured in the thrilling 2-2 draw against Tottenham Hotspurs last Sunday in the latest North London derby.

Mkhitaryan was equally eager to leave the North London outfit as he struggled for game time under Unai Emery who showed more trust in his youngsters. With Dani Ceballos and Mesut Ozil already present in that role, it becomes difficult for the Armenia International to fit into the first eleven every week. Also, the presence of youngsters like Chris Willock and Reiss Nelson are considered to be the future of the club and Emery is looking to incorporate them more in the first team this season and hence chances would not have come easily for Mkhitaryan. 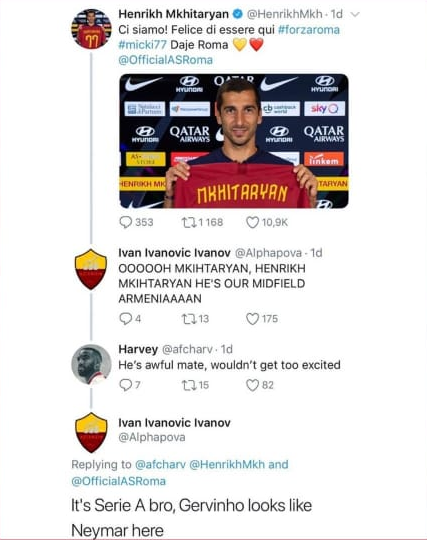 Joining the Giallorossi, Mkhitaryan will have the responsibility to create chances for Edin Dzeko upfront. The 30-year old will replace Stephan El Shaarawy after the Italian winger joined Chinese Super League outfit, Shanghai Shenhua this season. El Shaarawy was the top scorer for Roma last season with 11 goals and five assists and hence it will be a considerable amount of pressure on Henrikh Mkhitaryan to perform and maintain that level left by the Italy international.

Henrikh Mkhitaryan’s announcement comes as a pleasant surprise for the Arsenal fans on Twitter as they also agree with Emery in giving more chances to the youngsters. Here are some twitter reactions from Mkhitaryan’s transfer to Roma.

All the best in Italy, @HenrikhMkh 🇮🇹

All the best in Italy, @HenrikhMkh 🇮🇹

Now for Mustafi and Xhaka

Thank you for nothing!

Hope he does really well there and feels like home so that Roma signs him permanently. Goodluck Mkhi.

Mustafi shaking in his boots as we speak

AS Roma did make some late in rows in the deadline day, as they secured players like Nikola Kalinic to support Edin Dzeko upfront, while they also got Chris Smalling and Davide Zappacosta from Manchester United and Chelsea. While Paulo Fonseca’s side will be featuring in the Europa League this season after they finished sixth in the Serie A table behind, Juve, Napoli, Atalanta, Inter and Milan. Hence Fonseca will have a point to prove this season and the new acquisitions will have their work cut out to take this team back to Champions League this season.

The Italian outfit has managed to raid some of the big clubs from the top flight of English football and things could get really interesting for them now. If the stars can combine well together, they will surely be able to make a huge impact for the Romans in the upcoming campaign.

Bundesliga Duo Heavily Linked With Arsenal, To Move To The Emirates...