According to the latest reports, La Liga giants Real Madrid have demanded an asking price for their on-loan superstar James Rodriguez who is currently playing his football at Bayern Munich. The Los Blancos are reportedly keen on selling the attacking midfielder for a transfer fee of around £70m in the summer transfer window with Premier League duo of Manchester United and Liverpool interested.

Bayern has the option of keeping Rodriguez at the Allianz Arena in the summer but it will cost the Bavarians around £50m. With the German giants still in a transition phase, they may not decide to keep hold of Rodriguez which has alerted some of the other Premier League clubs.

Liverpool is currently sitting in 2nd place on the Premier League table and is looking to rival Pep Guardiola’s Manchester City for the title. With just eight games left, Jurgen Klopp’s side is just one point behind leaders City but if they fall short this season, they may look back at the failed signing of Lyon talisman Nabil Fekir.

Fekir’s addition to Liverpool could have definitely strengthened them and made Liverpool a much more formidable force in attack. With lack of creativity in midfield, Liverpool have struggled off late to break down stubborn defenses. But Klopp will look to rectify that in the summer transfer window for next season and identify the player that he wants. Most likely, Liverpool are targeting Colombian superstar James Rodriguez.

Rodriguez has the ability to make the forward line tick and his knack for picking out key passes in the attacking third of the pitch is quite incredible. With Real Madrid once again re-appointing Zinedine Zidane, it seems that Rodriguez will not be a part of the Frenchman’s squad when he returns to the Santiago Bernabeu in the summer, after completing his two year spell with Bundesliga champions Bayern Munich. 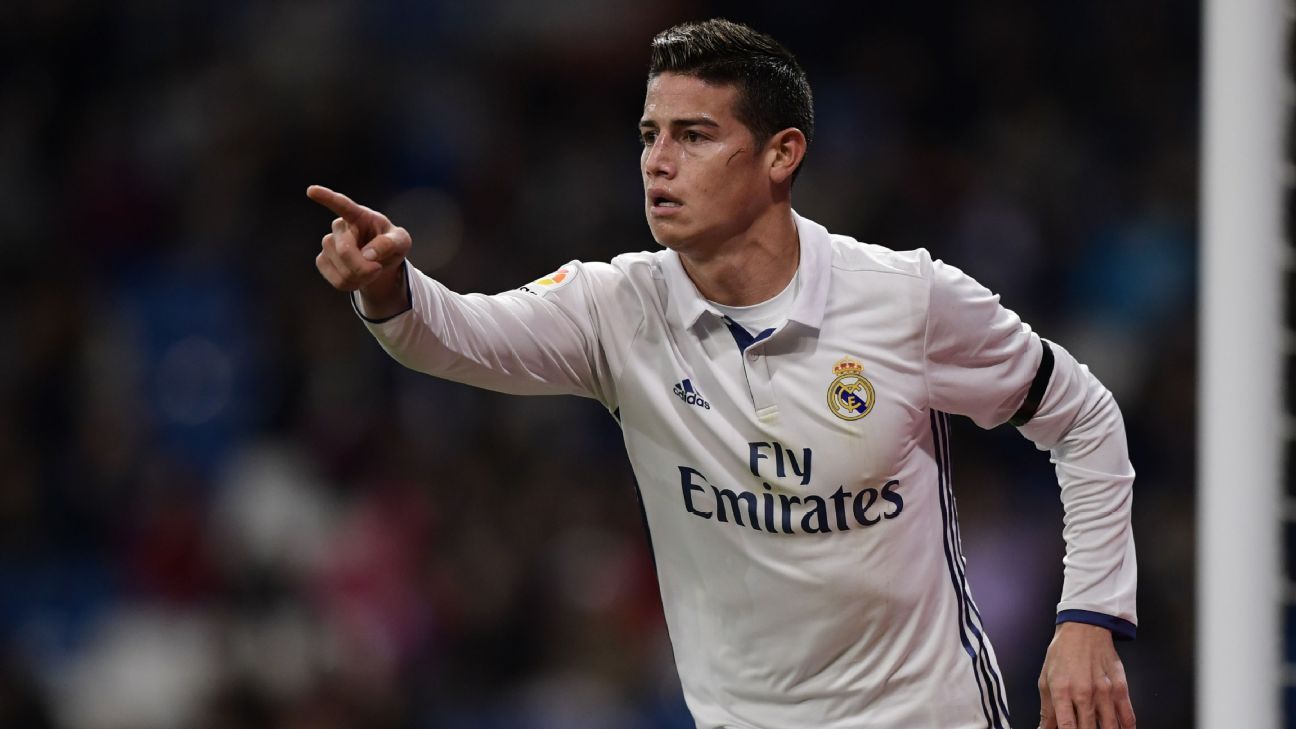 Another Premier League outfit in the form of Manchester United is interested in the services of Rodriguez. The Red Devils manager Ole Gunnar Solskjaer has revealed that he wants to add some more firepower to his attack for next season and a winger is on the cards. If Rodriguez is available, United will probably make a bid for him in the summer to try and lure him to Old Trafford. The 27-year-old has the experience of playing at top level clubs and his performance is almost certainly world class in every game.  His addition would bolster United’s options significantly

If Liverpool and Manchester United want to battle it out for Rodriguez, he will not come at a cheap price. Real Madrid have stated that they will allow Rodriguez to leave only if they receive a transfer fee of close to £70m in the summer. The report also claims that Madrid will not be willing to accept any offers that are under €50m for their prized asset. Bayern Munich hold all the cards for Rodriguez’ deal as they can wait until 15th June to make a final call or decision on his future.