Chelsea has dropped two points against Brighton in the away match on the first day of 2020. It was a heart-breaking moment for Frank Lampard’s men at the 84th minute of the match as Alireza Jahanbaksh’s back volley went into the goal. The Blues stayed at the fourth position in the League table of the Premier League with 36 points in 21 matches so far. On the other hand, Brighton and Hove Albion went to the 14th position in the League table with 24 points. Chelsea against Brighton did not end the way that Frank Lampard would have wanted it to.

The Story Of The Game; Chelsea Against Brighton

The manager of the west London outfit, Frank Lampard has made few changes ahead of the game against Brighton. Mateo Kovacic, Emerson Palmieri, Fikayo Tomori were sent to the bench. Jorginho, Reece James and Christian Pulisic started in this match replacing them. Frank Lampard used the formation of 3-4-2-1 against Arsenal. However, in this match, he changed the formation and tried to play with 4 conventional back system. Antonio Rudiger and Kurt Zouma were chosen as the centre back pair for this match.

Cesar Azpilicueta was playing as the left-back; certainly, it was not his preferred position. However, Frank Lampard was not able to trust Emerson Palmieri in that position of the field. The youngster Reece James came back into the starting lineup of the Blues and he was playing as the right back. Jorginho was included in the first XI after his brilliant performance against Arsenal after coming as a substitute. Christian Pulisic had a slight niggle just ahead of the match against the Gunners. He came back into the starting lineup with full fitness.

What Next For The Blues From West London?

Cesar Azpilicueta gave the Blues the much needed early lead in this match at the 10th minute. Chelsea was looking comfortable in the first half against their opponents. However, they were not able to utilize the opportunities that came in their way in the first half. Dan Burn picked up a knock and he had to be taken off the field. Bernardo replaced him at the 22nd minute of the match. The first half ended with a scoreline of 1-0 in favour of the Blues. However, Chelsea against Brighton did not end perfectly for the visitors. 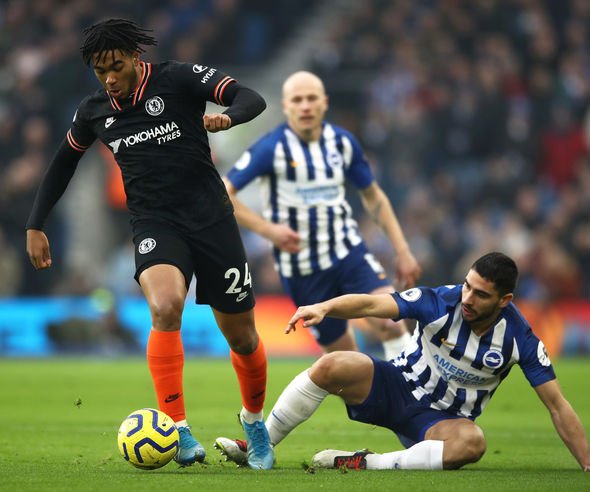 Aaron Connolly came in place of Yves Bissouma just at the beginning of the second half of the match. Callum Hudson Odoi came in for the Blues in place of Christian Pulisic. Mason Mount was also subbed off to introduce Mateo Kovacic into the game. Alireza Jahanbaksh came in place of Aaron Mooy at the 68th minute of the match. Brighton and Hove Albion were continuing to push Chelsea behind with their brilliant display in the last 20 minutes of the match. Finally, they got the equaliser at the 84th minute.

Chelsea conceded a lot of goals from set-piece movements this season. This one would be the latest addition to the list. Dunk headed the ball towards Jahanbaksh who back volleyed the ball into the goal. Kepa Arrizabalaga had nothing to do at that moment. Brighton could have won the match, but Kepa Arrizabalaga made some brilliant saves to help Chelsea getting a point from this encounter. The match ended with a scoreline of 1-1 after the end of regulation time.

Chelsea’s Win Over Fulham, A Sign Of Good Things For The...