With an Asian heart, comes the Asian lion. History has seen many Asians to succeed before in the European leagues. Among the others, Park Ji Sung, Shinji Kagawa, Nakamoto and now there is Son Heung Min, who have ruled the European League by their skill and devotion. It is about the young Arsenal loanee who has joined Bundesliga to pursue his practice time.

The Arsenal midfielder Takuma Asano joined the Bundesliga club Hannover 96 last summer.The 24-year-old was signed by the Gunners in 2016. However, the Premier League side never were able to give him playing time. He was immediately sent on a two-year loan to Stuttgart.

Asano made 26 appearances during his first season but started just seven league games this time. His last outing came in December. 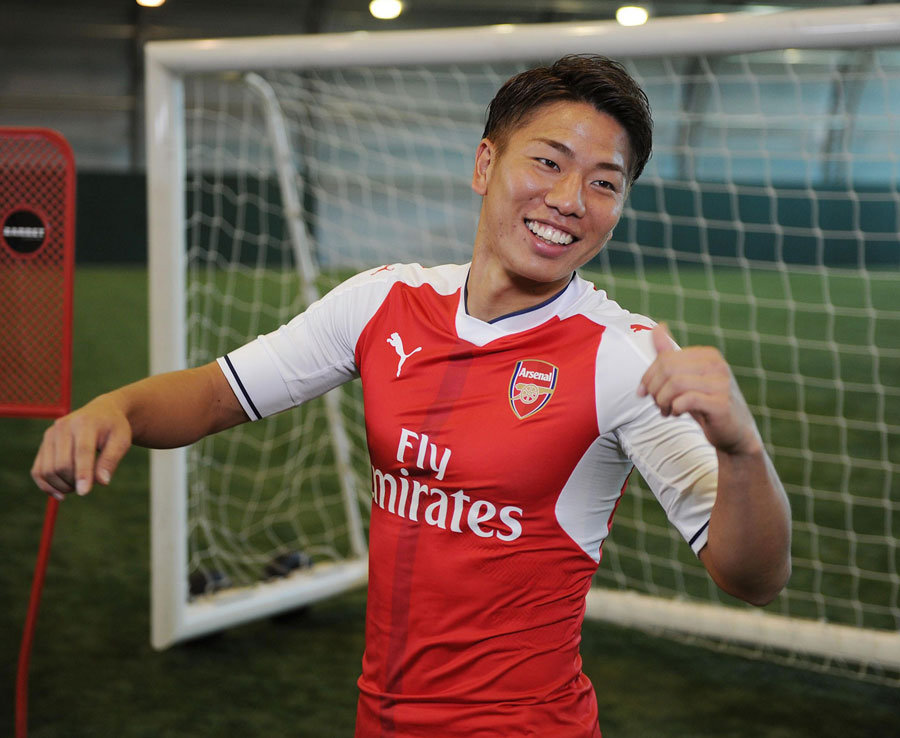 The Japanese is yet to play for Arsenal. However, it is unlikely for him to be integrated to the first team in north London this summer so it seems another move for the midfielder.

According to the recent updates, Asano may not go anywhere else and appears to be staying in Germany. He has agreed with the terms on a contract with Hannover.
Now they must agree on a deal with Arsenal whether a loan switch or permanent deal is possible.

On the other hand, Bundesliga side Hannover are showing reluctant attitude to hand the Arsenal loanee any further starts this season as it would trigger a purchase option.

The Gunners shipped the Japan international out on loan to the German League in the summer. It was stated that the move was for continuing his development in German football.

However, the Japanese may find difficult to find the door to further start at Hannover because, according to reports from Germany,  if he starts one more match the Bundesliga side will be forced to sign him.

The midfielder has made nine starts for Hannover so far and now if he makes one more start, then Hannover will be compelled to pay the Gunners €3m and sign the forward on a permanent basis. Hannover are at the rock bottom of the Bundesliga with just 14 points from 27 league games.

Asano scored his first goal on in  2016 in the Kirin Cup against Bulgaria. The 24-years-old represented the under-23 side at the 2016 Summer Olympics, where Japan was eliminated in the group stage. He was the Rookie of the year in 2015 in Japanese League. His club career started at Sanfrecce Hiroshima at the age of 18 in 2013. He went on to win the J1 League in his inaugural season, though he just made one league appearance. The midfielder concluded his first year at the club by also lifting the Japanese Super Cup for the first time.

On the other hand, Arsenal had their crucial three points yesterday against Watford. It was Aubameyang who scored for the Gunners and Deeney got the red card. Arsenal have jumped up into the fourth position with 66 points. Chelsea are equal to them with points and they are at the fifth position. Tottenham and Manchester City are at the third and second position respectively, where Liverpool are at the top with two points lead from the defending champion.