So the transfer window is now closed and the Premier League sides have reorganized their squad as they wanted to. Apart from the few changes, not all the big names have invested their money on the window. The points table leader Liverpool are one of the sides who haven’t spend a single penny for the winter window. However, the German manager has been focusing on to maintain the same squad throughout the season. Jurgen Klopp has already spoken that maintaining the same depth throughout the time is important behind the success of a team. It helps in understanding and building the temperament.

The Reds have to spend money by buying the Brazilian former Roma goalkeeper Alisson Becker and dominant defender Virgil van Dijk. The forward line of Mohamed Salah, Roberto Firmino and Sadio Mane are now strengthened by promising full-backs Andy Robertson and Trent Alexander-Arnold who are giving assists on regular basis.

Liverpool are working hard to ensure the title this time in the English Premier League after their struggles in recent years to sustain a challenge. Within 20 months of running a Manchester United side having Cristiano Ronaldo and Wayne Rooney close in 2008/09, the core of the side was built by Rafa Benitez had been destroyed by the departures of Xabi Alonso, Javier Mascherano and Fernando Torres.

Five years ago, when another sharp edge took its place at Anfield, the goals of Luis Suarez almost gave Liverpool to the verge of the title. Though the Uruguayan also had to pack his bags for Barcelona at the end of the season. Tragedies never left Anfield and just a year ago Philippe Coutinho was also forced his way out of Anfield to join Suarez in Catalonia.

After receiving a hefty amount of £142m ($187m) transfer fee for the Brazilian, Liverpool bought goalkeeper Alisson Becker and dominant defender Virgil van Dijk with the money. And now they are focusing on maintaining the squad, investing to keep them together and the squad they have assembled.

Eight players in total have agreed to the new contracts to 2023 or beyond in the past eight months including Mohamed Salah, Roberto Firmino and Sadio Mane along with full-backs Andy Robertson and Trent Alexander-Arnold. 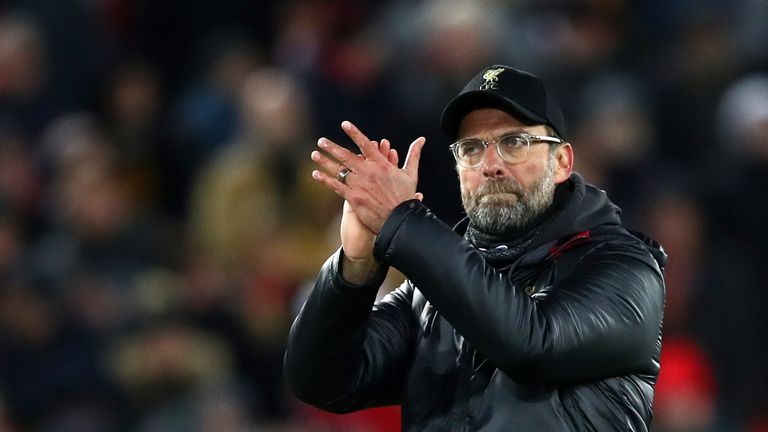 As the former Borussia manager, he has said that the club gave them a fantastic opportunity to bring in outstanding players and to keep outstanding players. His job is to make sure they perform on the pitch. Klopp is not worried about where will they be in two or three years, as he has said that he has no idea but the age group is good and the current season will not finish our development.

He is sure that they won’t lose any key player and they may complete building a new training ground which would be another step in the future. According to the news sources, the contract renewals will cost the club a total of up to £200m extra.

They want to write their names alongside the many great ones in the story of this club, which is said by Mane while penning his deal that runs until 2023. Hopefully it may be the beginning of something special for the Reds.

All You Need To Know About Manchester United’s Clash Against Sevilla,...

Chelsea Coach Opens Up On Misfiring Strikers, As Team Tries To...