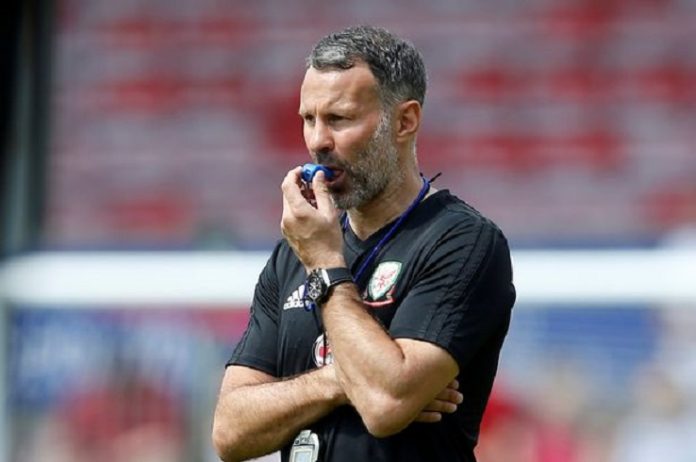 Manchester United legend Ryan Giggs has made a recent statement about Arsenal star Aaron Ramsey, suggesting that the Welsh international could be the buy of the January transfer window for the club which manages to sign him. The manager of the national team knows the importance of the 27 year old midfielder to his squad and feels that he still has a lot more to give in his club career as well.

Due to this, since the time that the Gunners have failed to agree a new deal with the play-maker, a lot of top clubs across England and Europe have been trying their best to sign him in the New Year. If Unai Emery’s side does eventually fail to convince him to extend his stay at the Emirates, they will have to sell him in January, rather than let him let for free at the end of the current campaign.

With that being said, the former United man feels that it would only benefit the club that is able to sign his compatriot, who is still one of the best in the top flight of English football.

Speaking in a recent interview, the Wales manager stated, “He’s a goal-scoring midfielder, who, if he plays 40 to 45 games, is going to get you 15 goals.”

“Aaron’s a good character, he has a good personality and is a good professional. So if he does go, somebody is getting a very good player.”

He further added,  “He can play anywhere, in any league, for any elite club. He’s played at Arsenal for 10 years – and all these games for Wales.”

“Aaron’s had a lot of injuries, but I watched him against Cardiff – and he played the whole game. And when he came away with us last time, I thought he was in fantastic form.”

The player once again proved his worth with his goal a super sub in the 5-1 win over Fulham and there is no doubt that he is hard-working and fits in well, in this Arsenal team.

With that being said, it will be up to the club management to offer him a new deal that he can’t refuse and both parties are winners. Emery’s team has been great momentum at present, as they go into the international break and will not want to lose one of their top players.

Giggs knows what a bonus like Ramsey is and for a player who has been with the north London outfit for a decade now deserves better. He has been a loyal servant for the club under Arsene Wenger too and now Emery should realize what an asset he can be to the team and if he is sold to a rival, then it can hurt them in the future.

Clubs like Chelsea have shown interest in the attacker and if Arsenal does not need Ramsey, the Blues might look to bring him in, in the days to come. This can really give their already formidable squad a huge boost. Can the Spaniard afford to take that risk? I feel not!!