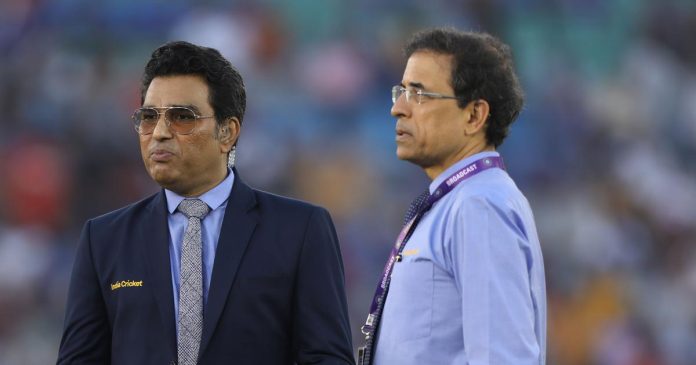 Sanjay Manjrekar Does It Again- Three times Indian Premier League winner Chennai Super Kings started this season with a vital win against rivals Mumbai Indians. MS Dhoni’s team failed to beat them on four attempts last year including the dramatic final defeat. Due to the Coronavirus pandemic, IPL is happening in the United Arab Emirates, where the side from South Indian state of Tamil Nadu is looking to win their fourth title in the history of the competition.

Former Indian international cricketer Sanjay Manjeraker has once again put himself in the controversy because of his appreciation tweet about two Chennai Super Kings heroes in the first game, Ambati Rayudu, and Piyush Chawla. Manjerakar tweeted saying both the Indian players are ‘low profile cricketers’ and he is happy for them after their contribution in the win. Some fans started trolling Manjeraker, saying the former Kolkata Knight Riders leg-spinner Chawla, who has two World cup medals in his locker, has a bigger profile than the tweeter himself.

Chawla broke the important opening partnership in the game when he took the wicket of Rohit Sharma in his first over. MI gave CSK a target of 163, where Faf du Plessis and former MI star Ambati Rayudu finished the job with four balls remaining. Rayudu’s 31 of just 48 balls was crucial in the win.

So happy for two pretty low profile cricketers Piyush Chawla and Ambati Rayudu. Chawla was sensational with the ball. Bowled the 5th & 16th over too. Rayudu..well…one of the best IPL innings from him based on quality of shots played! Well done CSK!??? #IPL2020

Low Profile??! Chawla has 2 world cup medals?.
Rayudu has played 50+ ODIs for India. What is the high profile for cricketers than ?

Now if the @BCCI throws you out for a poor choice of words, you'll again start cribbing about how you aren't allowed to voice your opinion.

Dear sanjay, you should have used “ underrated” rather “low profile”. Going forward please use right words!!?

Low profile???? They way better than your profile! pic.twitter.com/FtuSKTigFe

What Harbhajan Singh Went On To Add About The Win

Harbhajan Singh was impressed with the CSK win, and he said there was the injustice done for Rayudu for not selecting him for the 2019 cricket world cup because he is not a three-dimensional cricketer like Vijay Shankar.

“The partnership between Rayudu and Du Plessis was the game-changing moment for Chennai Super Kings. We have made a bright start and we need to keep moving forward like this,” Harbhajan said in an interview with Sports Tak.

The CSK off-spinner further said: “I remember that when we had won the IPL two years back, we had defeated Mumbai Indians in the first game. So, it is a good omen for us and I hope we will finish well again.”

“It will be less however much you appreciate Rayudu. I feel there was an injustice done to him when the World Cup team was picked. He should have been definitely there on that team. But he has shown again in this match, how much ability he has and that age is on one side and talent is also something that needs to be looked at.”

What Shane Watson Added On The Same Match

The veteran Australian all-rounder also expressed his thoughts about Ambati Rayudu. He went to say that he was a big miss for the Indian team in the World Cup.

“He an incredibly talented batsman and I think so it was a loss for the Indian ODI team for not picking him in the World Cup squad,” Watson said in a YouTube show named The Debrief. Batted incredibly well with scoring options all over the ground.”

Rayudu’s CSK team-mate Suresh Raina, who recently retired from International cricket says, India would have a better chance to win the world cup if they had Rayudu at number four.

Recalling Rayudu’s incident, Raina told Cricbuzz, “I wanted Rayudu to be India’s number four because he was working very hard, playing almost one and a half years. He performed really well and he was not there.”