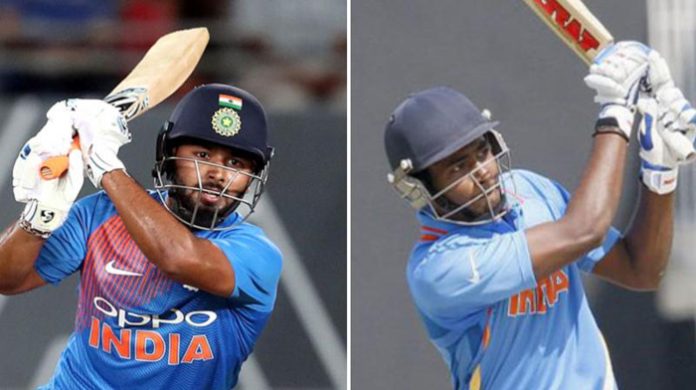 Cricket experts have seen Sanju Samson playing in the last few years and have praised the immense talent he possesses. However, just like other wicket-keeper batsmen in the country, Samson did not make his cut in the national team. The strong presence of MS Dhoni virtually ended all the opportunities.

For the past year, MS Dhoni has been out of international cricket, so opportunities have opened up for other wicketkeepers. Experts have picked up Rishabh Pant to replace him in the team while some are backing Sanju Samson. What did Sanju Samson say about Rishabh Pant?

“I think it all depends on the team combination. I never thought about all these lines (competition with Rishabh Pant). As a cricketer when you are competing or when you are trying to get into a sport if you have an eye on other players – I do not think that is the way to play your cricket,” Samson told The Times of India.

Samson even said that he wants to play alongside his fellow teammate Rishabh rather than competing with him for a position in the team. He spoke about the good bond and relationship they share when they play on the field together. He also said that both of them wants to attack the bowlers from the get-go and dominate against them right from the start.

“Whenever people talk to me about my competition with Pant, I like to think about me and him playing together. Not just play, we also have a lot of fun together. I think it will be a really good thing – we are known to dominate bowlers and we have done it in the past as well. So, I always look forward to playing with Pant. I do not consider myself competing with him,” he added.

The Problem For Samson And Co.

Rishabh Pant and Sanju Samson featured together for the Delhi Daredevils (now Delhi Capitals) in the VIVO IPL 2016 and 2017. The two stitched together a great partnership in a match against the now-defunct Gujarat Lions. They had a quickfire partnership of 143 in 63 balls. This is one of the best displays of attacking batsmanship at the Arun Jaitley Stadium.

The next edition of the Indian Premier League (IPL) could be a deciding factor, as to who stays and who goes. The T20 World Cup is also upon us, which might be delayed now due to the pandemic. With that being said, KL Rahul seems to be the first choice for Team India, as a keeper.

The battle for that second spot is between Samson, Pant and veteran MS Dhoni. Only time will tell, which one of the three is chosen. It will be quite an epic battle between them, as two will be fighting for their future. On the other hand, Dhoni will be fighting to end his career on yet another high.