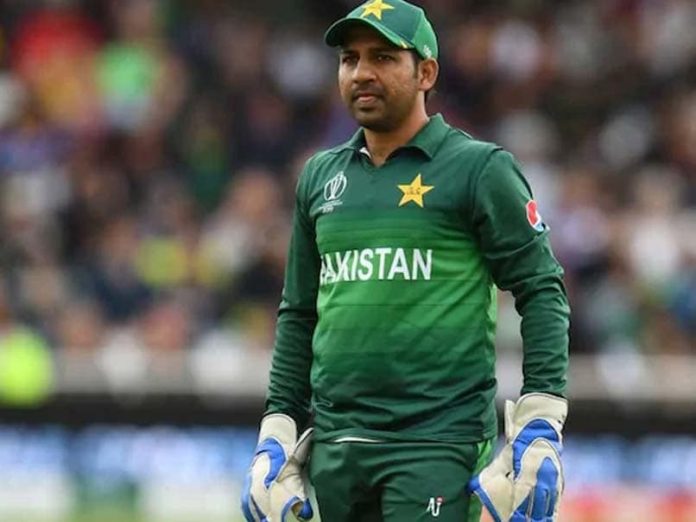 Pakistan Cricket Team’s skipper Sarfaraz Ahmed missed out an easy stumping opportunity in the third T20 match between Pakistan and England. The wicket-keeper of Pakistan failed to gather the ball properly and the batsman got enough time to get back to the crease. It was an important moment in the match. The left-arm spinner Imad Wasim was bowling and Moeen Ali was in the batting crease. Sarfaraz Ahmed missed the golden opportunity to pick the wicket of Moeen Ali at that point of time.

Moeen Ali scored 61 runs from 39 balls in this match. His knock could have been really crucial for England to snatch the win in this match. However, they failed to cross the margin by five runs at the end. The T20 series between Pakistan and England ended with 1-1 draw.

A Good Game To Win For Sarfaraz Ahmed And Pakistan

Pakistan were 1-0 down in the T20 series against England. They came to bat first in the match and put up a formidable total of 190 in the board. Moeen Ali took the wicket of Fakhar Zaman quickly at the beginning of the innings. The captain of Pakistan, Babar Azam scored 21 runs in 18 balls. Tom Curran took the wicket of Babar Azam and kept England ahead in the game. However, the partnership between Haider Ali and Hafeez gave Pakistan a good chance to go into a winning position in the match. Haider Ali scored 54 runs in 33 balls. Chris Jordan took his wicket. However, Hafeez remained not out on the other side of the crease till the end of the innings of Pakistan.

Shadab Khan’s knock of 15 runs was crucial for Pakistan to get to 190 in the first innings of the match. In the second innings, Shaheen Afridi took the wicket of Jonny Bairstow at the beginning of the innings. Imad Wasim took the wicket of Malan after some time. Malan scored seven runs in this match. The captain of England, Eoin Morgan also failed to make an impact in this match. He scored 10 runs and went back to pavilion.

The Video That Went Viral On Social Media

Sarfraz waiting for Batsmen permission to stump him ? pic.twitter.com/CpU7SMbSYo

Wahab Riaz took the important wicket of Sam Billings at a crucial point of the match. Gregory, Chris Jordan and Sam Curran have not been able to help Moeen Ali enough in the run chase. Moeen Ali’s wicket has also been taken by Wahab Riaz. England’s innings ended with a score of 185. They fell short of five runs in the run chase. As a result of it, the T20 series between England and Pakistan ended with 1-1.

The Cricket Board of England thanked Pakistan to come to play in England after this pandemic situation. The cricket in England resumed with a test series against West Indies. After that, this series happened and the England Cricket Board conducted both series successfully.

CSK Set To Lay Off Seven-Eight Top Players Ahead Of IPL...