Chelsea who are monitoring several midfielders have also shown their interest on Tottenham mainstay Christian Eriksen. The Blues coach Maurizio Sarri has expressed his admiration about the Dane as the Italian feels he is very smart and technically gifted player. Although Sarri also admitted that he is shaping a squad that will be challenging the title and he will focus less on the transfer market and more on hard work in the training sessions to improve themselves.

Eriksen, who has 18 months to run in his current contract and while manager Mauricio Pochettino said that the club is really trying their level best to tie him down to a long-term contract. 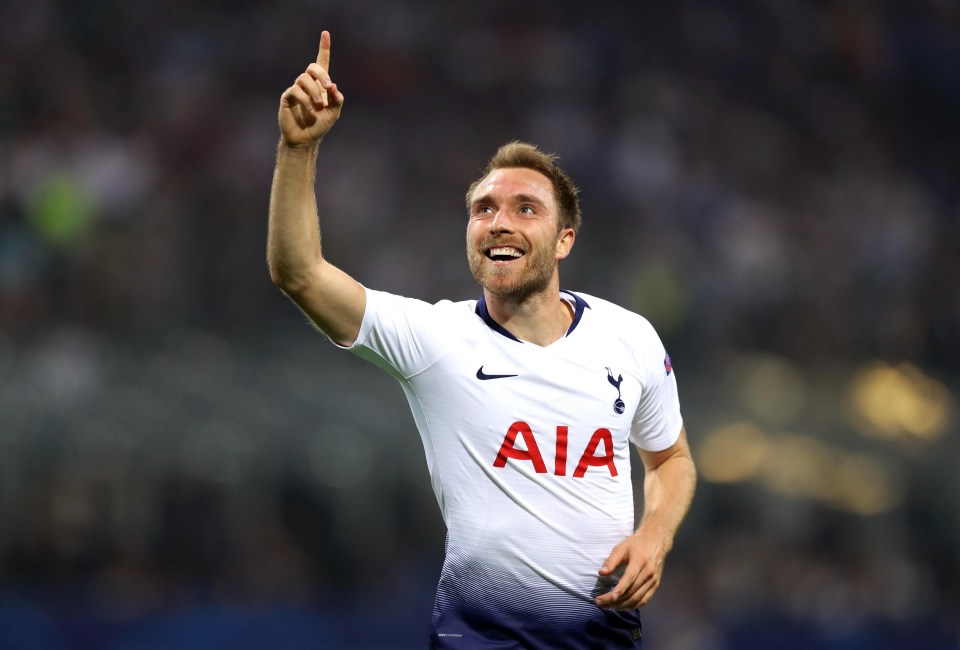 Remembering past incidents Sarri’s predecessor Antonio Comte came out in the open and showed his admiration for Harry Kane. He even said that if given a choice to buy a striker he would go for the Spurs talisman. But when given an option between Eriksen and him he also ended up choosing the Dane.

Sarri stated, “Of course, Harry Kane is the best English striker at the moment, so a very important player, but if I have to say another name, I like very much Eriksen.”

“He is a very smart player, a very technical player. He is able to play in midfield and, at the same moment, score eight or nine goals in a season. I think that he is a very important player. I like him very much but I don’t want to talk about a player of Tottenham in terms of the market. I only answered a question.”

The Blues are currently monitoring Barcelona midfielder, Denis Suarez but considering the fact that Kovacic will be there at the Bridge for only a few more months, Sarri needs someone to compete with Ross Barkley for that particular position in the starting eleven. Looking at the options, Christian Eriksen is one such player who has considerably less time in his contract and someone who can be convinced for a lot less fee before Spurs tie him down to a long-term contract.

It remains to be seen whether the Italian makes a move for the Danish Midfielder in future considering his requirement or rather he stands by his words of only admiration for the player.

In the happening of events, another important event that took place was N’Golo Kante extended his contract with the Blues for a new five-year contract worth around £290,000 a week, making the French midfielder and World Cup winner as the highest paid player in Chelsea’s books till date. The French midfielder though spoke about their difference to Pep Guardiola’s Manchester City and also admitted that the Cityzens are ahead of them and the gap cannot be recovered only via transfer market.

“Not at the moment,” he added. “I believe in another [approach to] football. It’s impossible to recover only via the market. Maybe you are able to buy two or three very important players, but maybe one is not suitable for your team. So it’s not easy, also, by going into the market. We have to work.”

The Italian manager is relieved about Kante and the way he has dedicated his future to Chelsea and is also hopeful that Eden Hazard will follow the footsteps of the French midfielder pretty soon. Although currently, the club has not made any progress in contract talks with the Belgian, as his current contract expires in 2020.