According to the latest reports, Premier League giants are looking to poach a move for Chelsea winger Callum Hudson-Odoi in the upcoming summer transfer window. Hudson-Odoi broke the record for the youngest ever capped international as he made his debut for the Three Lions in a Euro 2020 qualification game against the Czech Republic, during the current international break.

Liverpool is currently enjoying one of the best seasons ever since the club was formed back in 1892. Jurgen Klopp’s outfit currently sits at the top of the Premier League table with Pep Guardiola’s Manchester City in 2nd place but with a game in hand. The Blue half of Manchester stormed their way to the Premier League title last term breaking plenty of records in the process and also reaching 100 points in the season. Liverpool is going to give the Manchester side a good run for their money towards the back end of the season. Klopp is also prepared to challenge Guardiola on a season by season basis for the title and the German wants to bolster his attack even further in the summer transfer window. 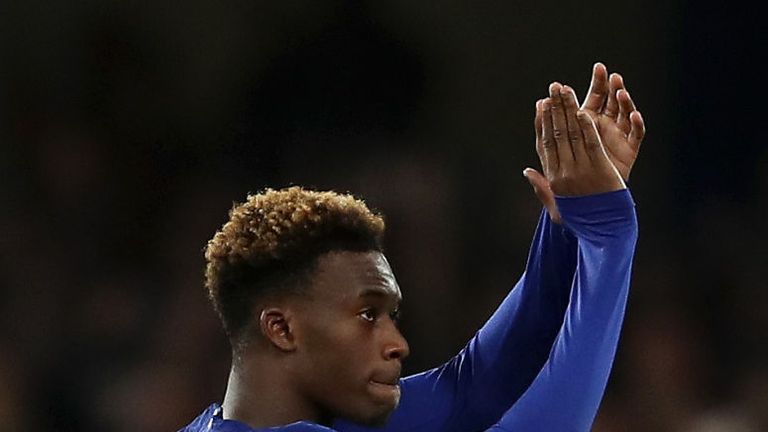 With Alex Oxlade-Chamberlain out injured and Nabil Fekir’s late move to Liverpool fall through, the Merseyside club was lacking an attacking midfielder who could provide that spark to unlock the rigid defenses. Liverpool is, therefore, targeting Chelsea winger Callum Hudson Odoi in the summer after the English teenager impressed in whatever limited game time he has received this season. The 18-year-old Hudson Odoi was linked with a move away from Stamford Bridge back in the January transfer window when Bundesliga giants Bayern Munich showed interest in his signature. However, Chelsea did not want to sell their prized asset as they will not be able to sign any players for two transfer windows after being imposed with the transfer ban.

Hudson Odoi could still move away from West London if he is not guaranteed regular football at Chelsea. In fact, Hudson Odoi became the youngest player to ever be capped as an England international at 18 years and 135 days old. Hudson Odoi came on as a late substitute against the Czech Republic at Wembley on Friday as England completed a 5-0 rout in their Euro 2020 qualifying stage. However, Hudson Odoi was shocked to be called up for his senior debut as the Chelsea attacker was supposed to join the England U-21’s initially. Speaking to reporters after the game Hudson Odoi revealed to Sky Sports that he didn’t believe that he was playing for the senior team. He stated in his recent interview, “I could not believe it (when I was told to get ready), I did not think it was real. I was looking around the crowd and everybody looked happy. I did not know what to do. I want to thank everybody for helping me get here. To get the opportunity to play today is a massive feeling in front of the home crowd as well. Hopefully, there are many more to come.”

The Reds have been keeping close tabs on the player now in order to bring him to the Merseyside. However, whether he chooses to make the move to Anfield or not now, remains to be seen.

‘I Do Not Really Like Attention!’- Christian Pulisic Makes Complex...

What Went Wrong For Chelsea Against Leicester City, As Arsenal Focuses...