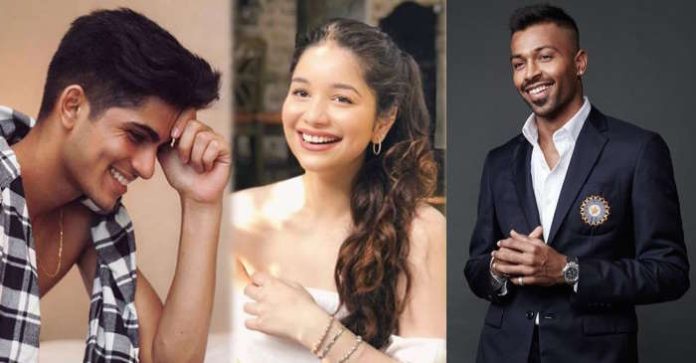 Cricket fans and experts in India consider Shubman Gill the next big thing in Indian cricket. The youngster has shown a lot of potential in him and is now looking to book a spot in the Indian senior cricket team. He even broke into the side during the limited-overs series against New Zealand in 2019. However, he could not cement his spot as he could not impress the selectors with impressing performances in the testing conditions of New Zealand. But, the selectors do have an eye on him, and a string of consistent performances in the domestic could again earn him a call up in the senior team.

Gill came into limelight after stunning performances in the ICC Under-19 World Cup 2018. He scored 372 runs in the tournament in the tough conditions in New Zealand. He also had a batting average of over 100 in the World Cup. Moreover, he played a match-winning knock and scored a sensational century against arch-rivals Pakistan in the semifinal. Gill even got the Man Of The Tournament award and that earned him a lot of reputation in world cricket. Kolkata Knight Riders even bought Gill ahead of last year’s IPL.

The recent post about Shubman Gill and Sara Tendulkar

In an Instagram post, Shubman Gill recently put up a collage of two pictures. In one, he was relaxing and in the other, he was working out seriously. Both pictures showed two sides of the player during this lockdown.

As we all know, all cricket has been suspended at present and the players are locked at home. Due to this, they are training from home and waiting for sports to resume.

Much to the delight of the fans and the gossip mongers, Sara did reply on the post once again. However, it was not a direct comment. This time, it was one of Sara’s friends who appreciated the editing. To this Sara asked, if she thought that he had edited it himself. It was just too funny.

One is focused while the other is chilling. Which one are you this week?

Gill performed admirably in last year’s IPL. He played 14 matches for KKR and scored 296 runs, with his highest score being 76. Gill also won the Emerging Player Of The Tournament award. After the IPL, Shubman Gill gifted himself an expensive four-wheeler, Range Rover.

He posted his picture with his car on Instagram and captioned it as “Thalle mere Range akh baaz naalo tezz! Caption credits – @jassiegill”

Fans started to congratulate Shubman on this post. Sara Tendulkar, the daughter of Master Blaster Sachin Tendulkar congratulated him even. Gill even replied her back with thanks and a heart symbol. Fans went berserk after watching this.

Indian star allrounder Hardik Pandya tried to leg pull Shubman Gill. He replied to Gill’s thank you to Sara and wrote ‘most welcome from her’. 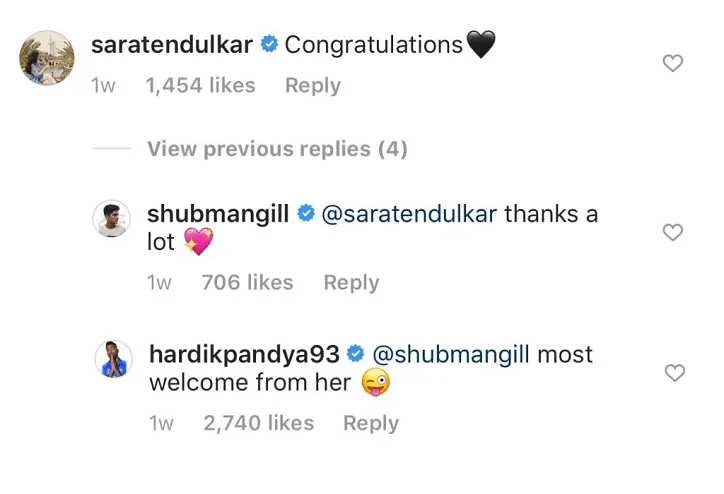 This is once again the big question. Are these two actually dating each other? The media wants to know. The nation wants to know and the fans want to know, for sure. Only time will tell. Hopefully.