One of the most liked Indian female cricketers Smriti Mandhana may be the crush of millions of Indian fans. However, does the nation really know who is her childhood crush? Well, in a recent Twitter Q&A session, the Indian batswoman revealed her secret. She had this session during the lockdown last year. However, the video has just come to prominence now.

Now we know, who her crush is. Unfortunately, it isn’t a cricketer or a former cricketer, which may break the hearts of some players playing the game. Also, it isn’t one of her classmates or schoolmates, which may again do the same.

Well, the fanbase would have been really eager to know who Smriti Mandhana’s crush actually was. She didn’t hesitate to answer the question when asked about it on Twitter. A lot of male and female cricketers are not always comfortable talking about their love-life. That wasn’t the case with the player when asked about her crush.

Below is the conversation that caught a lot of attention recently-

In response to this, her reply was quite straight forward, as she not only mentioned the answer but tagged him too-

Since my childhood @iHrithik 😍😍 https://t.co/XROWazvqNr

Well, who wouldn’t have a crush on Hrithik Roshan, looking at his physique and looks. He has been termed as a Greek God by many, which is a compliment befitting him. To add to that, he has really hit the gym over the years and maintained a really healthy lifestyle. That is, despite changing his look and losing his weight for a few special roles!!

What Next For The Indian Women With Regards To The IPL?

Last year marked the inaugural season of the IPL for women in a Women’s T20 Challenge. It was a really proud moment for one and all. Though it was a mini-tournament, the women produced some brilliant moments on the pitch as well. They were a total delight to watch and the fans would have surely loved what they saw. 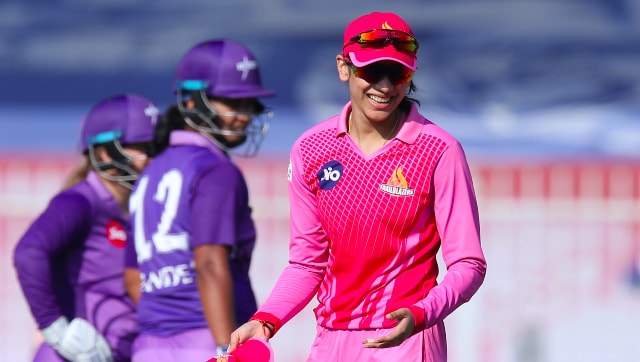 Smriti Mandhana was part of the Trailblazers team. Her batting was crucial to their success last year, as they won the title. They will want to impress once again, as they look to do more than just impress. It will be a tournament where they try to retain the title. If they can do that, it will be a great bonus for the likes of Smriti Mandhana and co.

It will not be an easy task, as some of the other teams in the competition are really good too. Last year too, it went down to the wire with the Trailblazers holding their nerves. However, as long as cricket wins, there will be no more complaints. All the fans want is that Smriti Mandhana and the others play some more mouth-watering cricket. Last year they blew our minds and we hope to see more of the same in the seasons to come!!