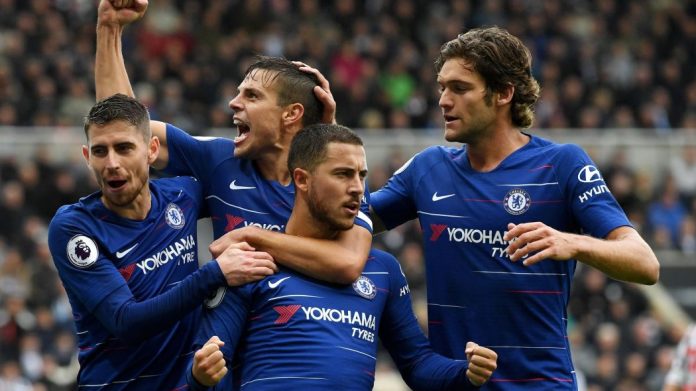 Eden Hazard has missed the training session for Belgium and the Chelsea fans will surely be worried with this news. Eden Hazard joined the preseason training of Chelsea late after his World Cup campaign with Belgian National side. Belgium have reached the Semifinal of the recently concluded World Cup in Russia one month back. They have finished at the third position and won bronze medal under the leadership of Eden Hazard. It was really unfortunate for the Golden Generation of Belgium losing against France in the Semifinal of the World Cup after demolishing Brazil in the Quarter Final. Though, the Golden Generation of Belgium were able to win against England in the third place decider.

After the World Cup, Eden Hazard joined the training of Chelsea after the Community Shield match. He has made his first appearance for the Blues in the preseason just one day after joining the team against Lyon. Eden Hazard helped Chelsea to earn a win in that match by converting one successful penalty in that match in the Tie Breaker.

Hazard was not in the starting lineup of the Blues in their opening fixture against Huddersfield Town. But the Belgian winger came as a substitute in that match. He provided the assist in the Goal of Pedro on that day. He has completed 100 Percent take ons too in that match. In the next match against the arch rivals Arsenal, Eden Hazard was in the starting lineup of Chelsea for the first time in this season. The Belgian winger again provided an assist in the Goal of Marcos Alonso in the match which was eventually considered as the decider of the match in a 3-2 thriller at Stamford Bridge.

Eden #Hazard missed #Belgium training yesterday but has returned to training today with Roberto Martinez saying that it was just part of the training process to give him some gym work and massages.#cfc #chelsea pic.twitter.com/G9D9rRaq6u

In the next match against Newcastle United, Eden Hazard broke the deadlock for the Blues after 70 minute mark at St James Park as he has converted a successful penalty. Chelsea were able to get a win at St James Park after 7 years. Eden Hazard’s goal was really valuable for them in this match. In the previous match against Bournemouth Eden Hazard sealed the win for the Blues as he has scored the second goal in the match for the Blues in their 2-0 win over the Cherries. Now, Chelsea are situated at the second position in the League of Premier League. The fans are expecting their side to win the Premier League title once again in this season.

Maurizio Sarri has taken the managerial job at Chelsea after the departure of Antonio Conte at the beginning of the season. Sarri is trying to implement his strategy at Stamford Bridge. In his system, Eden Hazard is going to be an integral part. Eden Hazard’s National side Belgium will play against Scotland in a friendly match and they will meet Iceland in the UEFA Nation’s League. So, at this point of time, Maurizio Sarri will not wish to see his main player of the team injured in this International Break. That’s why Eden Hazard might take rest from the training schedule of Belgium.

Mark Noble: Steven Gerrard Was The Best Among The Three Top...

The Only Thing That Lionel Messi Needs To Do In The...