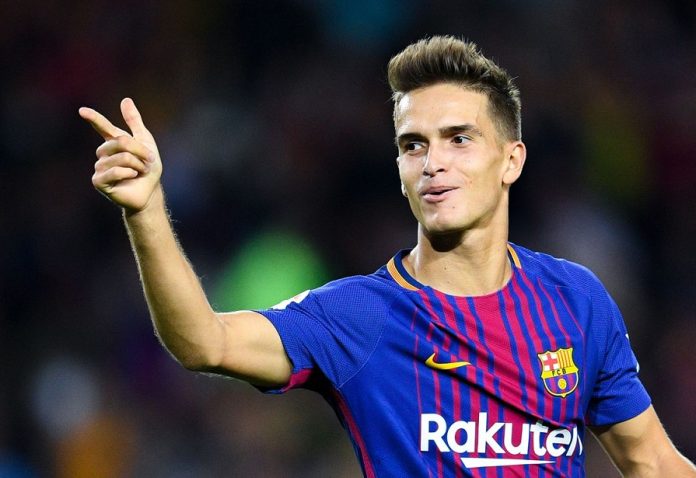 Maybe it’s the rule of the universe. Where one side is made, the other side broke off. The La Liga defending champions Barcelona were out of quality midfielder at the beginning of the season after the departure of their vintage midfield maestro Iniesta. Though that scenario is now well passed off. Barcelona now have some more than enough quality midfielders that even well-bought guys are left to be used. The Spanish midfielder Denis Suarez is one of them. After the arrivals of Arthur and Arturo Vidal in the summer, the midfielder has fallen even further down the pecking order at the Camp Nou.

He hasn’t even made a single appearance in La Liga or the Champions League so far this season. The Spaniard did start and had the full 90 minutes of the Blaugrana’s Copa del Rey first-leg win over Cultural Leonesa last month, though it was a heavily rotated side by manager Ernesto Valverde. It has been suggested that this lack of game has driven him nuts and Suarez can leave Camp Nou.

Arsenal are one of the Premier League sides who have been linked with the 24-years-old, and then the rumours claim that Suarez has been offered to the Gunners for a cut-price fee. The North Londoners are suggested to be considering the deal with Suarez with utmost importance. The deal is being viewed as a potential replacement for Aaron Ramsey, the Wales midfielder, who may leave the Emirates next year. Ramsey will go out of contract at the end of the season and it has been rumoured that he will not be offered a new deal by Arsenal. Ramsey may either depart as a free agent next summer or will be sold by the Gunners in January.

The midfielder has failed to make his impression under Ernesto Valverde and recently hinted a move away from Camp Nou. He said that he works to play and he is not having minutes, if he does not get to play, we may see him depart. On the other hand, Emery would rather be looking into strengthening these areas of his squad. It is reported that Arsenal could dip into the market once the transfer window reopens and Emery would rather bolster his side by signing the services of a new defender and new attacker.

So a move to Arsenal could be on the way for the Spaniard. However the Premier League dark horse brigade, Chelsea have also been linked with the midfielder though the Blues don’t seem to have any void space to fit in the midfield zone. Denis will be well cherished in Premier League like his former Barca mate Digne and Deulofeu.

Denis spent his early two years at Manchester City and then he joined Barcelona from Villarreal two summers ago. He had a well-cherished loan spell at Sevilla in 2014/15, where he was managed by Unai Emery, the current Arsenal boss. The midfielder has been capped once by Spain and he appeared as a second-half substitute against Bosnia and Herzegovina in May 2016.