Unai Emery’s Arsenal put themselves in pole position for top four spots in the Premier League with a 2-0 victory over Manchester United at home. The Gunners have now leapfrogged their opponents for the fourth-place and are a point behind arch-rivals Tottenham in third.

It was a goal in each for the Gunners as Granit Xhaka opened the scoring with a long-range effort catching David De Gea wrong footed between the sticks. Aubameyang doubled their lead from the penalty spot after Fred brought down Lacazette in the penalty box. Manchester United had their fair share of chances but were not clinical in front of goal and was denied by the in-form Leno.

Both teams had different fortunes in front of goal

Both Arsenal and Manchester United got enough chances to open the scoring on the night. However, it was Granit Xhaka’s long-range shot that caught the United defence off guard completely with David De Gea embarrassingly wrong footed between the sticks could not deny it from hitting the back of the net. While the Gunners scored, Lukaku on the other end missed sitters, he was served with several timely crosses and excellent final balls but the Belgian struggled to find the back of the net. He has been in tremendous form lately but his failure to score against Arsenal again proves his struggling and poor record against the top six teams in the Premier League.

The second goal came for Arsenal when Fred brought down Alexandre Lacazette in the penalty area conceding a cheap penalty. Pierre Emerick Aubameyang stepped and made no mistake to double Arsenal’s lead. In the meantime, there were several open chances which Lukaku had but the 26-year old couldn’t convert any of them. He managed to draw out Leno on occasions and the German custodian was on fire as he kept everything out from danger.

After a poor show in France in the Europa League round of 16 against Stade Rennes, where the Gunners lost 3-1 in the first leg, Emery made five changes to his starting eleven and all of them more or less were effective. Mesut Ozil made a rare start for the North London side along with Ainsley Maitland Niles and both of them did no harm to their reputation by putting hardworking and effective performances against Manchester United.

Whereas Solskjaer who fielded a decent starting lineup, made some changes as the Red Devils needed more personnel in attack to push for the goal. He brought in Anthony Martial, the Frenchman’s arrival made the United attacking lineup unstable. Marcus Rashford had to shift to the left to accommodate the French winger and hence he is coming back from injury there was rustiness in his play which affected the team overall as a unit. Solskjaer did not have too many options but his introduction of Mason Greenwood late in the dying exchanges of the game also proved to be ineffective as the youngster hardly made any impact in the last ten minutes of the match.

Bernd Leno was the difference between the two sides

Both the goalkeeper had different fortunes on the night, as it was a rare off-day for David De Gea. Whereas Bernd Leno was well up to the task and came out with a hard-fought clean sheet. 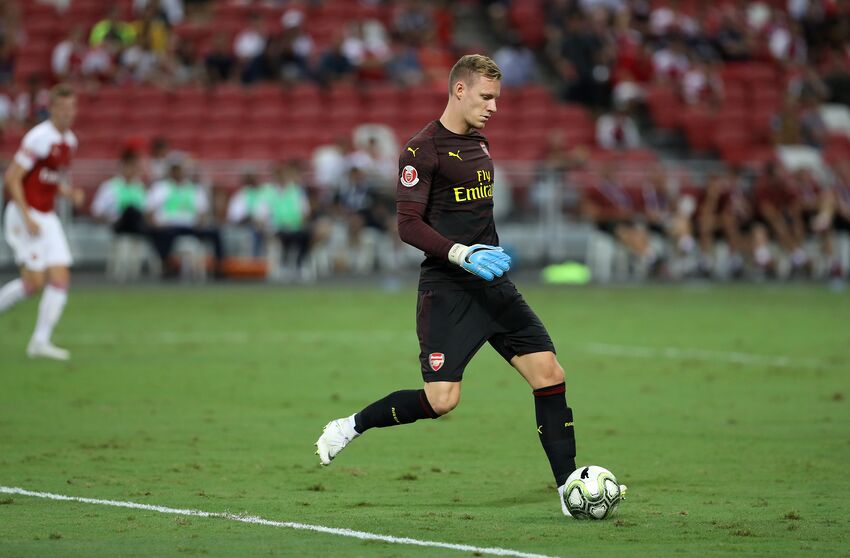 Leno proved why he is the no.1 choice for Emery as the German denies Lukaku on a number of occasions. He was agile to come out of his lines as he made a stunning save to deny Lukaku from point-blank range after a delicious ball served by Fred. It was Leno’s agility and great reflexes that kept out Manchester United from the tie and the German custodian was simply the main point of difference.

The Heart-Breaking Story Of Alvaro Morata, As He Leaves Chelsea FC