Chelsea strengthened their top four ambitions with an impressive 3-0 win over Brighton and Hove Albion at the Stamford Bridge. Maurizio Sarri’s men dictated the play throughout the opening half of the match but chances were limited until Callum Hudson-Odoi toyed past his marker and whipped the ball in the box for Olivier Giroud, as the Frenchman headed it in past Matt Ryan to opening the scoring for Chelsea at the 38th minute.

The second half showed more promise for the Blues as the scoring the first gave them an idea of how they can break through the Brighton defence. Belgian talisman Eden Hazard doubled the lead right at the hour mark before Ruben Loftus-Cheek came up with a stunning goal to draw the curtains for the visitors who are likely to drop down to the Championship next season.

The recent England international has had a breakthrough year at the Stamford Bridge this season. His performances for the Blues allowed him the England national team call-up under Gareth Southgate. The youngster did impress on debut for the Three Lions, before returning to West London and securing his first Premier League start for Maurizio Sarri’s men. It is definitely the first of many more to come, as Sarri should keep more faith in his talent and provide more opportunities to the 18-year old prodigious winger.

Hudson-Odoi impresses on the night of his first Premier League start for Chelsea, as the 18-year old kept the Brighton defender on their toes and came up with a scintillating ball for Olivier Giroud who did not make any mistake to open the scoring for the Blues. Hudson-Odoi has been directly involved in nine goals in his nine starts for Chelsea in all competitions, scoring four and assisting five. He definitely the future for the Blues and obviously for the Three Lions.

With this win, Chelsea have kept their hopes of a top-four finish alive as they are now currently in the fifth position in the league table, equal on points with Arsenal who are fourth currently but with a game in hand. Tottenham Hotspur with a win against Crystal Palace has regained their third spot, though Arsenal have a game in hand than their rivals.

It will be a tough task from here for Manchester United as they languish behind the top five in the sixth position after facing a huge blow against Wolves last night. Solskjaer’s men, however, will look to get over the defeat and start afresh against West Ham United in the next match-day. It will be difficult for the Red Devils to get back to the top four slots in the league table until either of the teams drop some crucial points in the latter stages of the Premier League.

The Seagulls have a reverse theory to that of Espirito Santo’s Wolves, as the Chris Hughton managed side have literally struggled against the top six sides in the league tables. Brighton have picked up zero points in these fixtures while scoring only one goal on their travels against the big boys. The statistic did not change at the Stamford Bridge as the Seagulls were outclassed by a better Chelsea side. 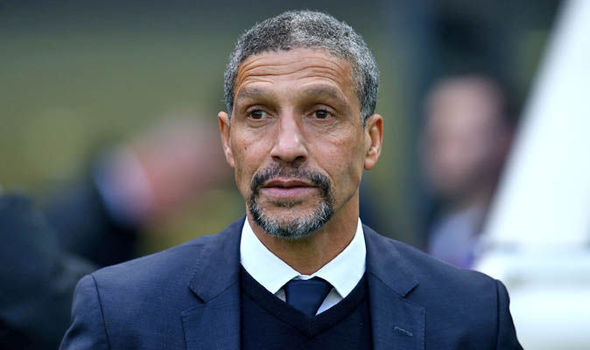 However, things need to change for Chris Hughton’s side if they want to secure something from their FA Cup semifinal clash against Premier League leaders Manchester City. There will be an outside chance for the Seagulls to script a fairy-tale if they can reach the final, though it will be daunting task with Manchester City winning 20 out of their last 21 matches in all competitions.