A cagey Europa League semi-final between Eintracht Frankfurt and Chelsea finished all square as the Blues earned a very crucial away goal in a 1-1 draw. Luka Jovic opened the scoring with a tantalizing headed goal from a brilliant Filip Kostic delivery. However, Chelsea did up the ante and managed to take hold of the game later in the first half. Sarri’s men lacked that cutting edge in attack with Eden Hazard sitting on the bench. Eventually, it was Pedro who came up with a scorching effort to beat Kevin Trapp who scored the only and most crucial goal for the visitors.

It will be an exciting match-up in the second leg at Stamford Bridge as Frankfurt miss some of their important player who will return in the reverse leg and with Chelsea’s off-coloured defence the Eagles can turn the tide in their favour.

3. Eintracht Frankfurt miss Ante Rebic and Sebastien Haller as Jovic is left all alone up front

Adi Hutter was short in supply for this crucial fixture, especially up front. He had to change his formation and sued Danny Da Costa and Filip Kostic as wingbacks to use their pace on either flank. Rebic would have added more quality and width to his play, allowing Da Costa to play in his natural fullback position. Similarly, Haller would have given Jovic great support as the big Frenchman has bagged five goals in this competition this season and enjoys excellent understanding with the Serbian. 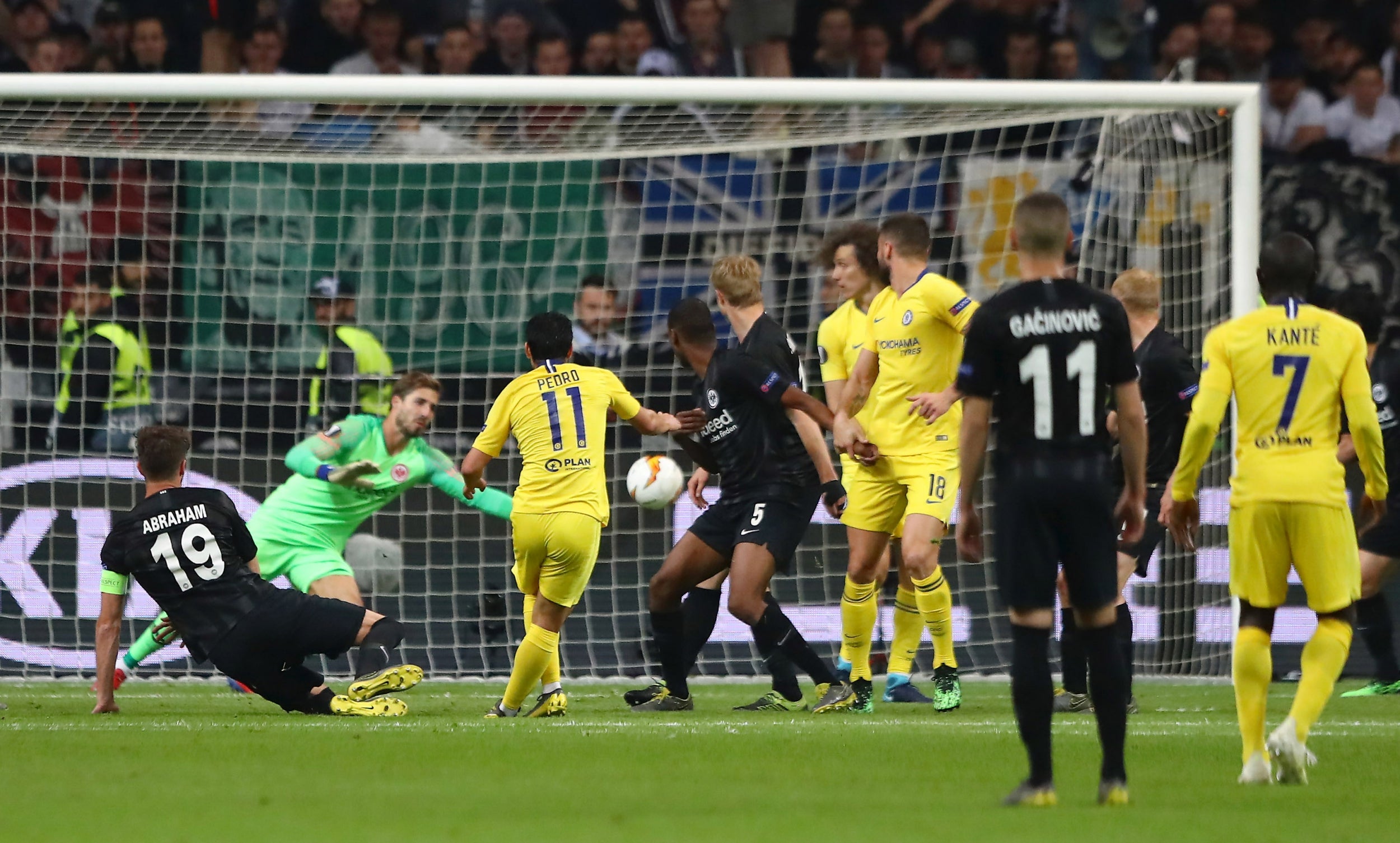 Rebic missed the fixture due to his suspension after getting booked against Benfica in the last round. Similarly, Haller is set to miss the whole tie due to his injury. With Rebic returning in the second leg, Chelsea will have an added threat.

2. Ruben Loftus-Cheek: One for the future for Chelsea

The England international was the best player donning a Chelsea shirt on the night. He was the driving force that created a handful of chances in both halves. It was his aggressive run that gave a problem to the Frankfurt defender as they struggled to keep up with his pace and physicality. 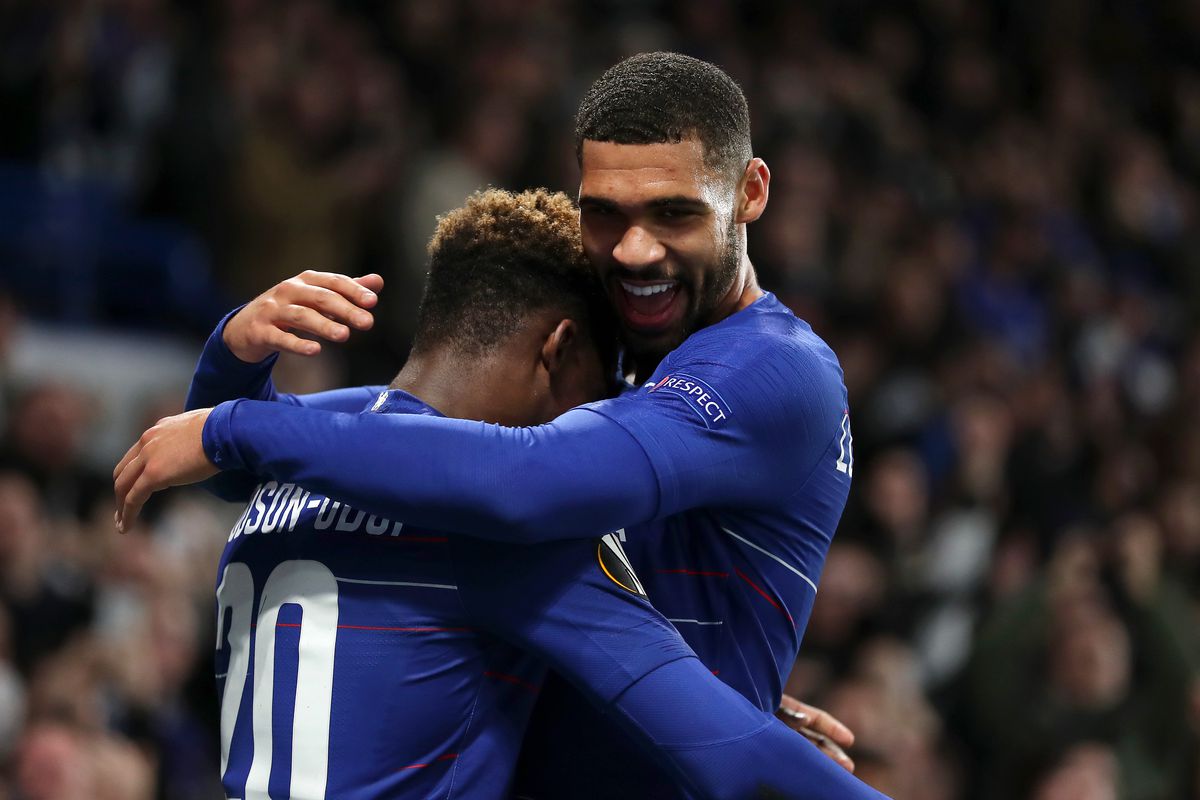 He himself came agonizingly close to scoring the equaliser. That was until he turned architect and laid it in the way for Pedro. The latter came up with a top finish to score a crucial away goal. Loftus-Cheek was on the verge of leaving the club after an insufficient game time issue. Without a doubt, Maurizio Sarri must make him a regular starter from next season.

1. All to play for at Stamford Bridge

Frankfurt is very much in the game going into the second leg. With Chelsea’s dodgy defence, they will fancy their chances even more. Ante Rebic is set to return to the reverse leg and support Jovic upfront. This is an added bonus for the Bundesliga side. However, Sarri will look to add more firepower in the second leg. There might be an inclusion of Eden Hazard right from the start which can change the course of the game completely. Adi Hutter’s men are very capable of churning out results in their favour. They have beaten clubs like Shakhtar, Inter Milan and Benfica on their way to the semi-finals. They defeated Benfica 2-0 after losing 2-4 away from home. It proved their mental strength and grit under pressure. The reverse leg is highly poised and it will be a cracker of a contest.

Latest Transfer Update On The Future Of This Top Chelsea Superstar