The Liverpool Vs Barcelona Update- It was a breath-taking game at Anfield that produced the miracle that the home side needed on the night to go through to the final of the Champions League. After trailing 3-0 in the first leg of the competition, the Reds needed to score at least thrice and not concede to go through.

However, they managed to do one better and score four goals, which helped them secure a place in the final at Madrid. This was a huge boost for Klopp’s side, who produced a positive result in the absence of Firmino, Salah and Keita.

Benched stars like Origi and Shaqiri did the job on the night, while Alexander-Arnold and Wijnaldum also made a solid impact. With that being said, the game ended in a 4-0 win to the Merseyside outfit, who stunned Barca and are now heading into the final of the tournament, where they will meet either Ajax or Spurs.

Here are the talking points of the match-

High-pressing tactics in Liverpool vs Barcelona

The injury to Keita was a substantial one in the first leg as it halted the high-pressing tactical approach that the Reds would have wanted to apply to the game. Henderson is not a player who can really attack too well, which was quite evident from the way that he has played this season and the way he played in Russia for The Three Lions.

With that being said, this game was rather different, as every player had that mentality and a proper plan. Klopp has assigned roles to his side and even Henderson looked good, along with Fabinho and Milner (brought on quite late last game). The positive intent was clear right from the get-go and this is exactly what made the difference in the end.

With Mo Salah and Firmino being injured, Klopp had no choice but to play Shaqiri and Origi in the match. The latter delivered a brace on the night, while the Swiss international claimed an assist to his name as well. Though the former Stoke City man took a while to get into the right flow and make an impact on the game, the Belgian was an instant hit this time too (like they did against Newcastle).

Origi scored in the seventh minute of the match. That was to give his team the lead on the night. It was the Reds’ first goal of the entire tie, after a dry spell for their attackers in the first leg. Not just them, Alexander-Arnold who was dropped in the match at the Nou Camp. He was one of the best players in the game. He set up a couple of goals for Origi and Wijnaldum. The duo turned the tie on its head.

Imagine if the entire Liverpool squad had been fit. Some of these players would have never even made it off the bench. What luck!! 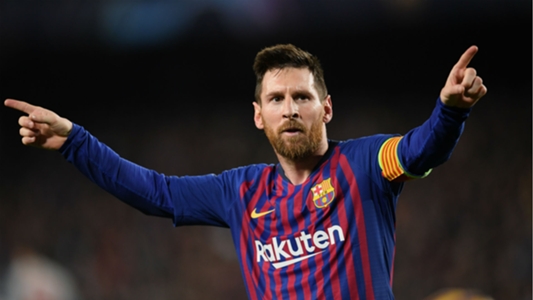 Invisible Messi and co. in Liverpool vs Barcelona

Skipper Messi and his attack were totally missing from the game in England. They were never a real threat to the opposition. Suarez did have one chance in the first half. There were a few others. That was though Alisson was never in any sort of real trouble. The Brazilian dealt with everything quite comfortably.

Origi was not played in the first match in the starting eleven. That too, with Wijnaldum being played as the lone striker. This was a foolish decision on the part of Klopp. It handed the opposition the advantage. On the other hand, the Dutchman had quite a few problems playing in a role. It is a role that he is surely not used to.

With that being said, both players delivered on the night. They produced a brace each, in a game that needed them to score four goals to go through. This time they were played in their proper positions. The result was quite evident. That was with their performances being really up to the mark.

Origi started the game as the main forward. He was a proper no. 10. Wijnaldum was brought into the game at half-time. That was to replace Andrew Robertson, who picked up an injury.