Manchester City lives another day to survive in the rat and mouse race for the Premier League title between them and Liverpool. Pep Guardiola’s men overcame Tottenham Hotspurs as Phil Foden scored the solitary goal in the match and the Cityzens went top of the table with a 1-0 win over Spurs.

It was young Phil Foden who headed home within five minutes into the fixture to earnt he crucial three points, as Son Heung-min and Lucas Moura created numerous chances but weren’t unable to beat a sturdy Ederson between the posts.

City have now moved up to the table but momentarily as Liverpool will face Cardiff City on Sunday and the Reds are expected to regain their top spot again. However, only bad news for Guardiola and the City fans is Kevin De Bruyne’s injury as his season is again in doubt after he limped off the field in the first half of the match.

Juan Foyth proves that he is the future of Spurs

Foyth was deputized in place of Kieran Trippier at right wing back from the Champions League quarterfinal fixture. It was not looking nice for the young Argentinian defender who is primarily a centre-back but his versatility has taken Pochettino by awe. However, when Raheem Sterling bamboozled the 20-year old the Spurs fans knew that they are up for a long night. Soon Foyth got a foothold in the game and did not allow Sterling any free space to work his way out. 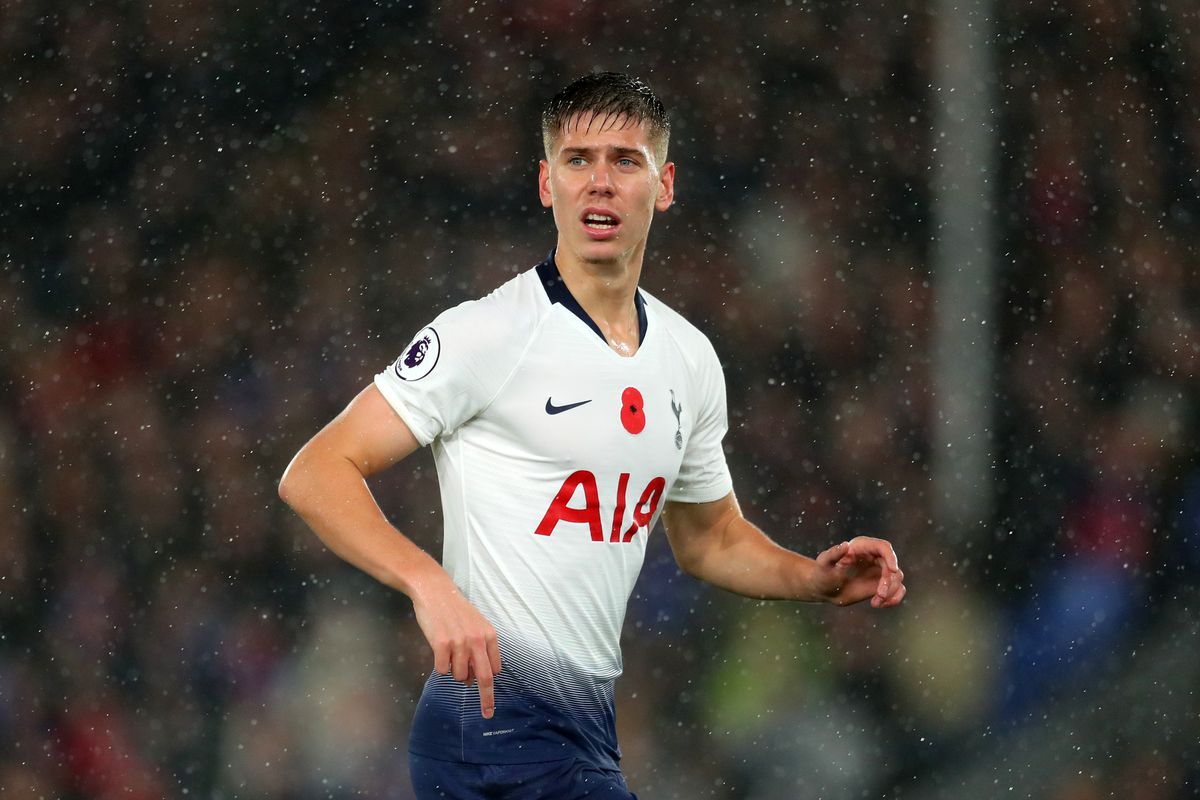 Foyth featured well in a position he isn’t familiar with and his positive performance may mean that Mauricio Pochettino may try him out at right wing back again in future.

Ederson the difference between the two sides

The big Brazilian stood up to his task, as there was a sense of determination and hunger to keep everything out, more so after the midweek heartbreak at the Champions League. Ederson has been a strong acquisition for Pep Guardiola from Benfica and despite having the likes of Hugo Lloris, Allison and David De Gea, the Brazilian custodian has done pretty well to live up to compete with the big boys in this department. Ederson had nerves of steel in numerous one-on-one occasions and keep each of them out of his goal. He was quick to react off his lines and brave to put his body on the line of the shot and saved back to back efforts from Heung-min Son and Lucas Moura. This top performance helped him earn his 17th clean sheet this season.

A resilient Manchester City fight back against Spurs

It was the game of the season in the UEFA Champions League with numerous ebbs and flows, but it was Mauricio Pochettino and his men who had the last laugh in the tie after two game-changing VAR decision both going against Manchester City. It was difficult for the Cityzens to pick themselves up again a few later to face the same opponent at home in the Premier League. Pep Guardiola’s men have done the job and secured three crucial points in the title race leapfrogging Liverpool to the top of the table for the time being. The hunger and the determination of redemption was clear with the performances of Manchester City players. Although it was not the best football they have played all season but they at least got the job done.

Can This Man Be The Perfect Replacement For Coutinho, As Liverpool...