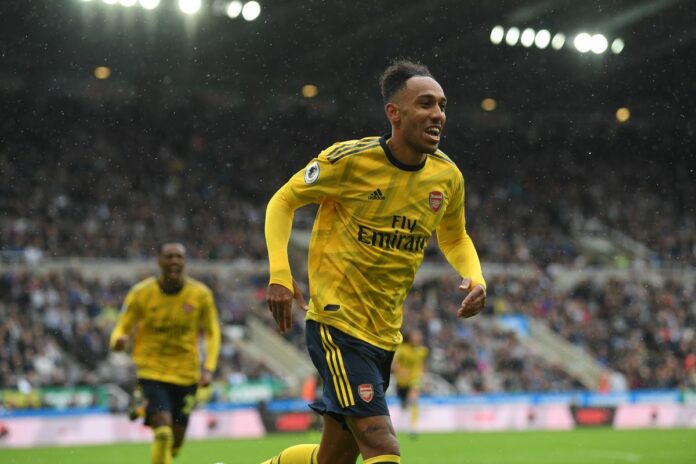 Arsenal took on Newcastle United in their opening fixture in the Premier League and started off their campaign with a scrappy victory over the Magpies in their away match. The only goal of the match was scored by Pierre-Emerick Aubameyang in the second half that got the Gunners over the line. He has been in top form in recent months and once again delivered in this game.

However, there was no shortage of talking points in the match and we will focus on some of them below-

In the absence of Alexandre Lacazette, the onus was on Gabonese to lead the line for the Gunners and he did not disappoint one bit. He made darting runs down the middle as well as down the wings, twisted and turned his way through the Newcastle United defence and scored the all-important winning goal for his side with a cool finish over the advancing Martin Dubravka. His composure was exceptional throughout the game but he could have done better with Nicolas Pepe by his side from the very first minute of the match. It could have made a number of fans, as well as the pundits drop their jaws in awe and even frown at that starting lineup from Unai Emery. None of the new signings featured from the start of the match as the Spaniard went in with a youth side to take on the Magpies. A lot of the Arsenal fans would have been expecting to see their new signings link up with their existing superstars, especially a partnership between Nicolas Pepe and Pierre-Emerick Aubameyang. However, that was not the case with Emery choosing young guns like Reiss Nelson, Joe Willock, Calum Chambers and Ainsley Maitland-Niles over the likes of Dani Ceballos, David Luiz or Kieran Tierney. Though a little perplexing, it might be that the Spanish manager was looking at the bigger picture and utilize the resources at his disposal judiciously in the forthcoming fixtures.

It was evident, especially in the first half of the match, that the duo of Matteo Guendouzi and Granit Xhaka were struggling to control the match in midfield. It was until the introduction of Dani Ceballos in the second half that there was a lot of daylight between what was expected of Guendouzi and Xhaka and what they delivered. However, maybe we will be able to see Ceballos pairing up with Lucas Torreira very soon, who did not feature in the match against Toon. 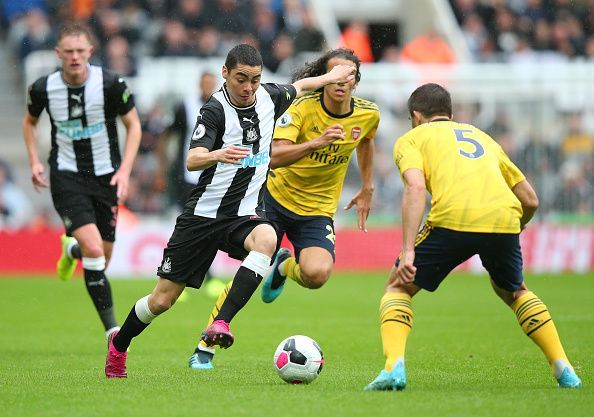 The Magpies, who were mostly on the receiving end of the match, had their moments as well. Their attack, especially after the introduction of their new number 10 Allan Saint-Maximin. The debutant looked exuberant and his runs with the ball got make-shift right back Maitland-Niles wrong footed on a number of occasions. He made a few good chances for his new side against the Gunners but could not finish them and as a result, had to leave the field without a goal to his name.

Arsenal Board Responsible For The Failure To Sign Antoine Griezmann This...

Wow! This Superstar Could Have Chosen Real Madrid Over Arsenal