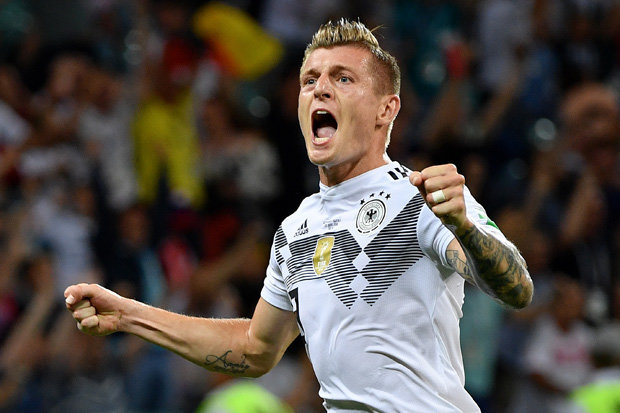 Germany were beaten by Netherlands with a margin of 3-0 at Johan Cruijff Arena at Amsterdam in the Group Stage match of UEFA Nation’s League. The match has clearly marked the downfall of German football in recent days. Germany have not been able to keep a clean sheet in their last 11 matches except the 0-0 draw against France in the first Group Stage match of the UEFA Nation’s League. Germany are lacking a ruthless centre forward who will be there for the team and score goals in every matches. The picture is crystal clear that this Gernan side need a prolific goalscorer as the last nine goals of Germany are scored by nine different players.

Here are the talking points of the match between Germany and Netherlands in the UEFA Nation’s League :

1. Overconfidence Is Still There Within The German Players :

After winning the World Cup in 2014 in Brazil, the German side have been overconfident. After that, they have also won the Confederations Cup in Russia one year ago with an young side. These sorts of things have made the German players overconfident. They had started to believe that they might win anything in the World. But this overconfidence has killed their dream to win the World Cup again in 2018 in Russia. German coach Joachim Low has also started to believe that these set of players are able to win everything. But his conception was misleading as he has forgot that two of the main players of Germany have retired from International football who have played a key role to win the World Cup in Brazil. Yes I am talking about Miroslav Klose and Bastian Schweinsteiger. Both of them were the integral part of the German squad which had won the World Cup four years ago.

2. Lack Of Proper Centre Forward In The German Side :

Thomas Muller is going through the worst form of his life right at this point of time. Timo Werner is not ideal centre forward for the German side and we have witnessed it in the World Cup in Russia. Mario Gomez is also ageing and not near his best form of life. So, the German manager has tried a new centre forward Mark Uth in this match against the Dutch side in the the Group Stage match of the UEFA Nation’s League. But, Mark Uth has also been a failure for this German side. The time has come for the manager of the German National side to bring in a new centre-forward in the National side to get back on track again.

3. The Dutch Revolution Is On :

Netherlands have failed to qualify for the World Cup recently concluded in Russia. After the retirement of the likes of Arjen Robben, Van Persie from the National side, the Dutch were going through a transitional period and now it is seeming that the Dutch National side are again ready to rule over the other sides in World football. The likes of Memphis Depay, Wijnaldum, Van Dijk are again taking the Dutch side to the high.

Latest Transfer Update On The Future Of Yet Another Star Heavily...