It was one of those tough away fixtures for Jurgen Klopp’s men as they visited Southampton and were a goal down early on, courtesy of a strike from Shane Long. It was once again looking like the hopes of winning the Premier League title has ended at the wrong time from the club from Merseyside.

However, Naby Keita came up with the equaliser and soon the floodgates opened and Mohamed Salah ended his goal drought with a scintillating individual effort as he completely toyed with the Southampton defence before steering it past Angus Gunn between the sticks.

The Reds had the lead in the 80th minute via Salah and were looking much more confident than the did in the entirety of the match. Although it was Jordan Henderson who sprinkled salt to the Southampton wounds by adding to the scoreline and completing a tremendous comeback from Liverpool as they won the game 1-3 in the end. Klopp’s men now go top of the table and the pressure is on Manchester City to come out with a win again in their next fixture.

3. Mohamed Salah back in form and probably at the best time of the season

The Egyptian talisman was being judged for his off-form these days, however, he has come with a strong reply, as he scored the all-important goal for Liverpool which gave them the lead late on. The 26-year old’s statistics against the top six sides aren’t favourable still but if he gets that right it could be a memorable season for the Reds as they chase for the Premier League title.

It was a calm and composed finish as Salah went past defenders with ease before curling it in on the top right right corner past Angus Gunn to take the lead at a crucial point of time. Klopp will be hoping that he gets to see more of the same in the remaining fixtures as the German tactician knows that he is the only piece of the jigsaw that needs to fit properly and the league title can theirs.

Virgil Van Dijk used to play for the Saints before he joined Liverpool and that was not well accepted by the fans in St. Marys and hence they booed him and jeered him throughout the game making life difficult for the Dutch defender who is otherwise always on top of his game. It was a miscommunication between Joel Matip and Van Dijk which freed Shane Long to step in and slot it past Allison to take the early lead.

Liverpool are clearly not looking their best in defence as the Reds have failed to keep a clean sheet since a month- 5 games and this seems to be a crisis in the back-line as Klopp cannot allow the Reds to concede in each game and make it difficult for themselves in the process as they cannot afford to drop points this late on in the Premier League.

1. The Premier League title race with its fair share of ebbs and flows is yet to find a winner

It was a great comeback win from Liverpool against Southampton as they held their nerve away from home and came away with all three points in the process. With the win and three points, the Reds go top of the table ahead of Manchester City, who are hot at their heels being only two points behind Liverpool with a game in hand. Pep Guardiola’s men will play Brighton next in the FA Cup semifinals, whereas Liverpool will take on FC Porto in the Champions League quarter-finals. 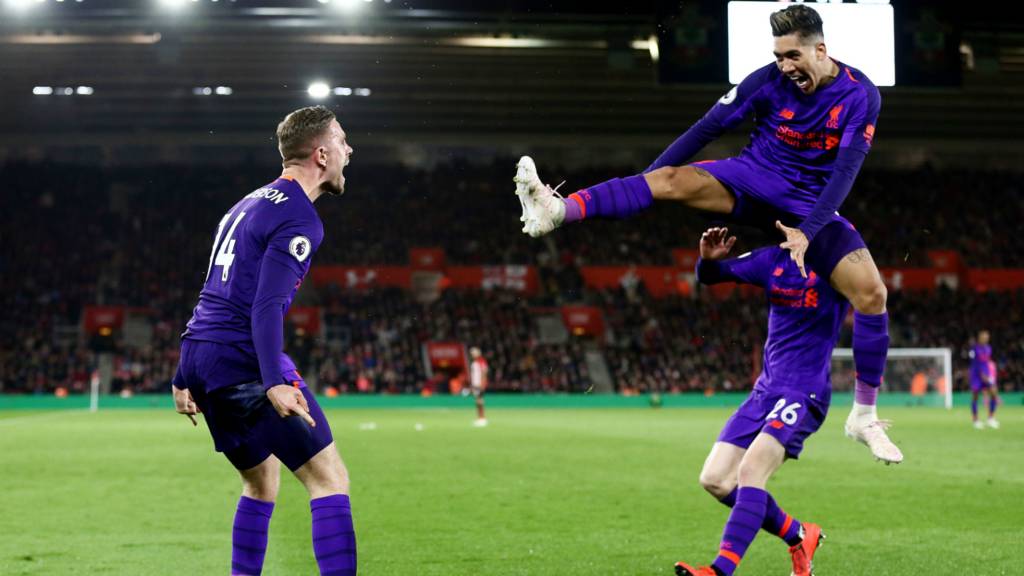 However, in the Premier League CIty face Cardiff City next up on 14th of this month whereas Liverpool host Chelsea on the same day. It will be tooth and nail battle for both sides as both are eager to capitalize on each other’s mistake.

Manchester United Lines Up £10m Summer Swoop For This...

Mikel Arteta Spills The Beans As To Why Willian Saliba Has...

Chelsea Vs Fulham Preview – Major Update Ahead Of The West...