Over the years, the Blues are facing an issue over the number 9 jersey. The list of flop number 9s for Chelsea will be uncountable. We can begin with Fernando Torres. Torres was in great form before coming to Chelsea. He was given the number 9 jersey rightfully. However, Torres failed to replicate his form for the Blues and he was not that much successful for the Blues over the years. Though, he had won the Champions League and Europa League title with the Blues.

The latest edition of flop number 9 of Chelsea was Gonzalo Higuain who came as a loanee from Juventus. However, he also failed to make an impact in the side. After the departure of Maurizio Sarri, Frank Lampard became the head coach of the Blues. Frank Lampard told Tammy Abraham to take the number 9 jersey. Tammy Abraham seemed to be really happy with this decision. He felt honoured and he would be looking forward to perform well for Chelsea.

In the practice match against Barcelona, Tammy Abraham started as the lone centre forward for the Blues. It might be an indication that the youngster will be the first choice of Frank Lampard. Frank Lampard tried quite a few formations in the preseason. Mostly he has given importance to two formations and they are 4-2-3-1 and 4-4-2. If Frank Lampard opt to play with one centre-forward, Tammy Abraham will be his first choice anyday. If he wants to play with the second formation which need two centre forwards, Michy Batshuayi will join Tammy Abraham upfront. Olivier Giroud might be used more in Cup games in this season for Chelsea. 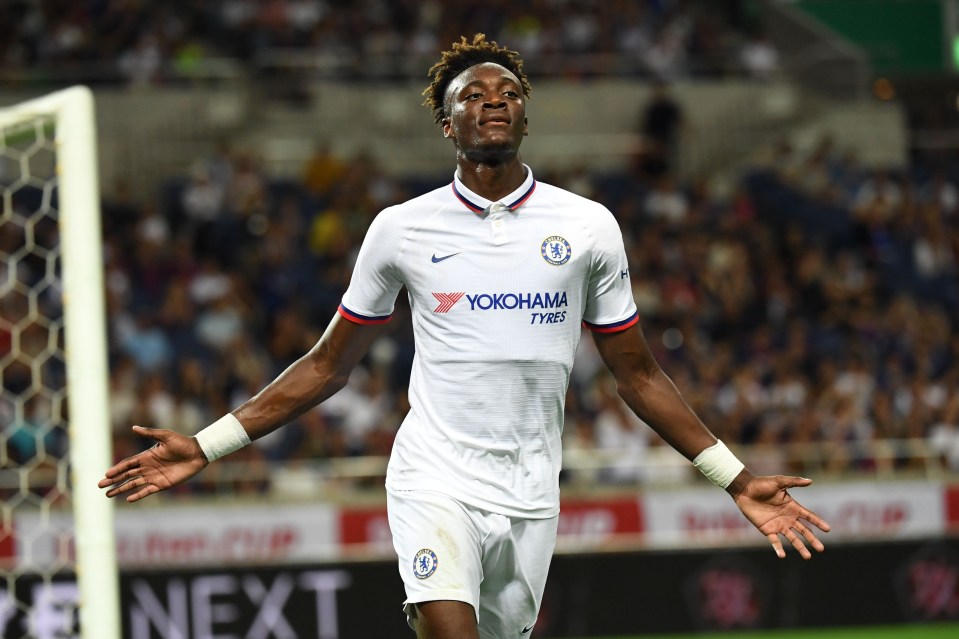 Tammy Abraham is surely one of the players to look out in this season for Chelsea, as his performances have been really good. The youngster has proved himself in the Championship and now he is ready to start for the Blues. The fans might be worried about the number 9 curse; but the player is ready to give his 100 percent in the field.

Chelsea Boss Antonio Conte Gets Some Sad News After The Win...

Nikola Kalinic, Victim Or The Villain For Croatia At The World...