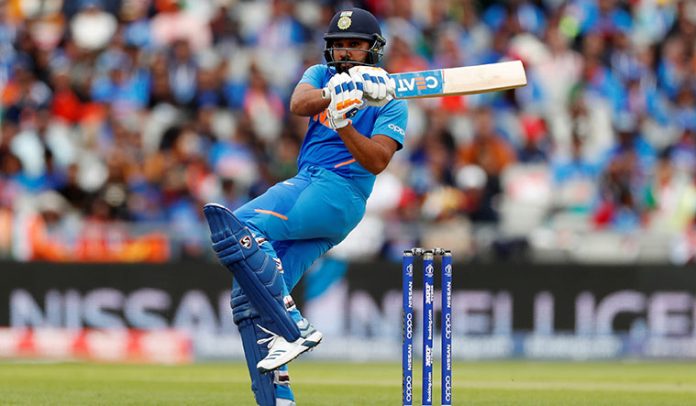 One of the best batsmen of the current era in limited over formats is Indian opener, Rohit Sharma. He is lovingly known as “Hitman” in the world of cricket, which is a compliment to his batting. This is due to the fact that as he is known for hitting well-timed sixes many times. He has broken several records of hitting sixes in various matches.

He thinks there is nothing wrong in hitting the ball in the air in cricket. He said, “There is no harm in playing big shots when the ball is there. No harm trying to play a flamboyant cover drive. Growing up, playing shots in the air, we were taken out of the nets. It is not right because eventually, you want the results.”

The Mumbaikar has visited his cricket academy at home town and shared his knowledge to youngsters. He added further, “If the guy is giving you results by playing the big shots, there is nothing wrong in that. As a young kid, growing in this generation, you want to play shots. You want to look good. Then again it is very important what they think of their game and what understanding they have about the game.”

Rohit has been in top form in 2019. He is highest runs scorer in ODI cricket this year. He scored 1490 runs from 28 matches with an average of 57.30. The skipper of the Indian team and greatest batsman of this era Virat Kohli is second after Rohit in run-scoring in ODI cricket. He scored 1377 runs from 26 matches with the staggering average of 59.

“What we need to be careful of is, if the player is making some mistakes again and again. It is then that he needs to be told how he should go about it next time. I mean playing shots is not a crime.”

Rohit who had scored three memorable double hundreds in ODI cricket uttered that every youngster should back himself. He further added that he would always encourage players to play shots freely. At the same time, he would need them to understand that they need to produce results.

He added that it is an important part of the game. Score 100 off 50 balls or 200 balls, it does not really matter. He added that it still is a hundred. If the guy is confident of his skills, there should not be any restriction on how the young players want to bat. He wanted them to be given more freedom to decide their style of play.

What Rohit Sharma Had Gone On To Add?

“Hitman” had also praised the U-19 Indian team back then. That was before the U19 World Cup. They were the defending champions of the World Cup title. He had wished them success in the tournament back then.

Though the Indian team finished second and lost to Bangladesh, there were a lot of positives in that tournament. Hopefully, the young guns can take inspiration from a top batsman and deliver in the future. Only time will tell how they perform in the days to come.