WWE’s last pay-per-view of 2019, TLC takes place on December 15, 2019, at Target Center in Minneapolis, Minnesota. It will be the 11th pay-per-view under TLC chronology. Before last night’s SmackDown, there wasn’t a single match announced for the event. The fans had some basic idea about what match they could see on the show but there wasn’t any official announcement for the company.

Earlier in the week, reports were circulating that WWE might announce all the matches close to the show because it helps them in gaining network subscribers. They announced most of the matches for this year’s October’s Hell in a Cell pay-per-view a few hours before the show began on the kick-off show. But, it seems like those reports were not entirely true as WWE announced 3 matches for the show during this week’s SmackDown.

The first match to be announced was the TLC match between Baron Corbin and Roman Reigns. Baron Corbin has been making fun of Roman’s ‘Big Dog’ gimmick for a while now. The tension between the two was rapidly increasing during the build-up to the Survivor Series as both were finding it hard to co-exist in the same team.

Roman even hit him with a spear during their match at the event to help Tomasso Ciampa eliminate his own team member. Earlier, Dave Meltzer had reported that the match between Roman and Corbin at TLC would be for a dog collar. While WWE has not made it official, they have been hinting towards it by involving dog food and dog suit during their segments.

The second match that was announced was pretty surprising as The Miz will face-off Bray Wyatt at TLC. At the end of last week’s SmackDown, The Fiend made an appearance to take Daniel Bryan with him under the ring. The show ended with The Fiend throwing hair on the ring. It looked like The Fiend had torn-off Bryan’s hair. Fans were expecting a new look from Bryan. He didn’t appear on last night’s show and Bray Wyatt instead started threatening The Miz and his family.

Now, a match has been scheduled between the two for TLC. By the way, it will be ever-smiling Bray Wyatt, who would face Miz at the show and not The Fiend. Looks like Bryan has been removed from the title picture. We don’t know if it is a temporary or permanent thing. 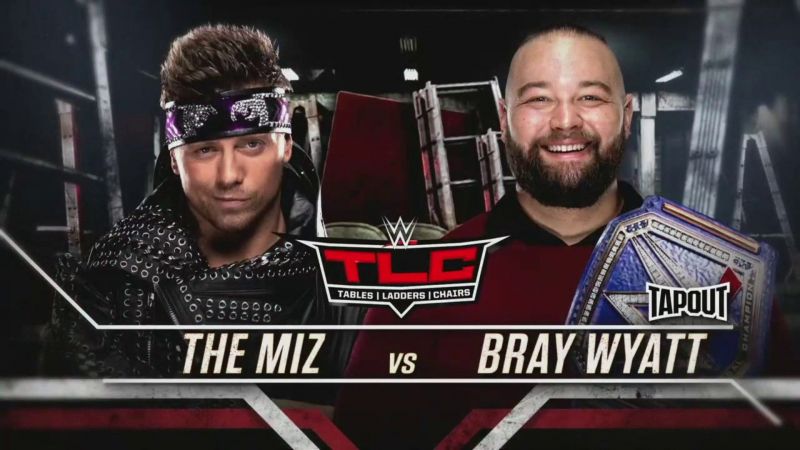 A four-way tag team elimination match was scheduled between The Revival, Heavy Machinery, Lucha House Party and the team of Mustafa Ali and Chad Gable for the #1 contenders for the SmackDown tag-team championship.

The Revival won the match last eliminating the team of Mustafa Ali and Chad Gable to earn the title shot. They will face The New Day at TLC for the championship. Both the team has a lot of history between them and all the four wrestlers share incredible chemistry, so it is definitely a match to watch out for. 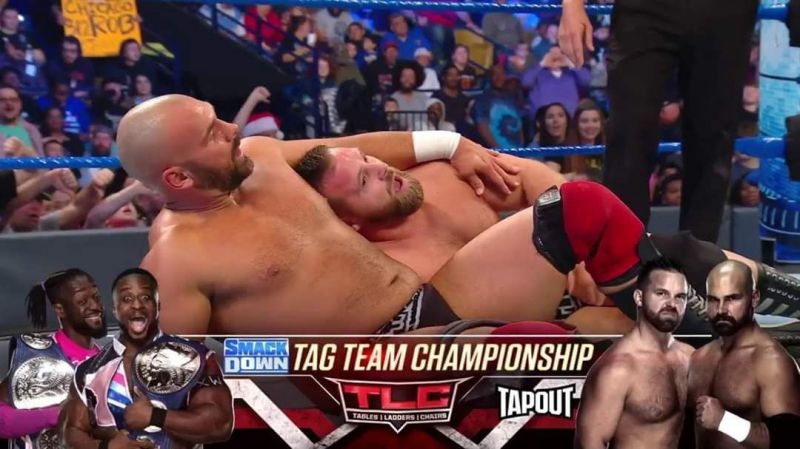 WWE’s B-grade pay-per-views usually have around 8-9 matches, so we might see more matches get announced on next week’s Raw and SmackDown.

Watch: Kagiso Rabada Does An Awkward Celebration After Taking A Wicket;...