Team India’s sloppy show against Bangladesh at the Arun Jaitley Stadium in Delhi, cost them the match. India couldn’t show their might in the match, which was played in the polluted city of Delhi. The venue had become the topic of embarrassment for India and the BCCI.

In the absence of the World’s best all-rounder Shakib-al-Hasan due to the match-fixing saga and seasoned opener Tamim Iqbal, Bangladesh were expected to struggle. So this win against a dominant Team India will be considered as a major upset in the cricket fraternity.

Team India in the T20I format is still a “work-in-progress”, as asserted by the head coach of Team India, after the South Africa series.

Stone-age approach to most fasted format in cricket-

The selection of the Indian team was more based on past reputation than recent performance in any format. That is why we are still carrying the burden of some players in the team. In the recent past, Dhoni was the best example of it. Dhoni had an over-conservative approach in T20I cricket and his inability of hitting boundaries when needed is why India were always 20-30 shorts in runs in many T20I matches recently. This approach cost us many matches. Still, we carried his burden until 2019.

On the same note, star openers of the Indian team, Shikhar Dhawan and Rohit Sharma are still carrying this old approach of batting, which is only successful in ODIs. Rohit plays slow upfront of an innings, but he can be devastating when settled on his day. If Rohit is there, we need an opener like Warner or Bairstow, who can smash balls out of the park at will. This approach of Dhawan increases the required run-rate and the pressure on other players. Shreyas Iyer got out due to the pressure of a slow run-rate, mounting high on his shoulders. Due to the presence of Dhawan, a player like KL Rahul have to sit out in the dug-out, most of the times. He has a fabulous average of 41.55 and an awesome strike rate of more than 146.

Still, due to past reputation of Dhawan, India is still not willing to break the stereotype. If India still carries this ODI approach, India will be in a tricky position at the T20 World Cup next year. Genuine hitters like Rahul Tripathi or Pant can be groomed to open for India, who can power India to a big score in the powerplay by using the field restrictions.

The over-cautious approach of Rishabh Pant

Pant has been extensively criticized by many members of the team management due to his fearless cricket and wrong shot-selection in recent days. With the same stupendous shots, Pant many times proved to be a match-winner in the IPL. With the team management roasting Pant in front of the media, it made him more conservative due to fear of losing his place. 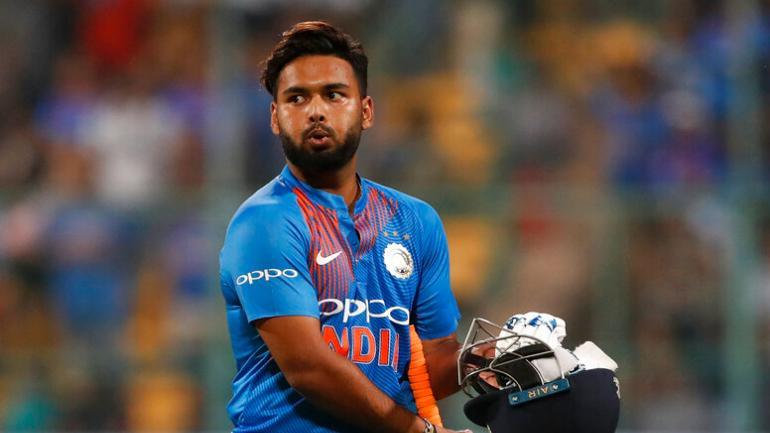 In the age of social media, small comments get extensive coverage all over the world. These type of comments should have made in an internal team meeting, not in front of the whole world. So yesterday Pant look more cautious to preserve his wicket. He made 27 runs from 26 balls which lead to India falling short of a few runs. Management should give Pant a clear role to play in the team.

Wrong use of bowling options

Rohit is very experienced in captaining a team as he won may trophies to Mumbai Indians in this format of the game. However, his use of bowlers in this match was mismanaged, which led to giving the last over to debutant and inexperienced Shivam Dube. Also, the quota of overs of strike bowler Deepak Chahar was not completed. Also, Khaleel Ahmed bowled all three overs in death on the trot. This could have been avoided if Rohit could have used experienced Chahal in death than in the middle overs to ease the pressure off of Khaleel. With that being said, India should now ponder on to next match performance to avoid a series defeat.