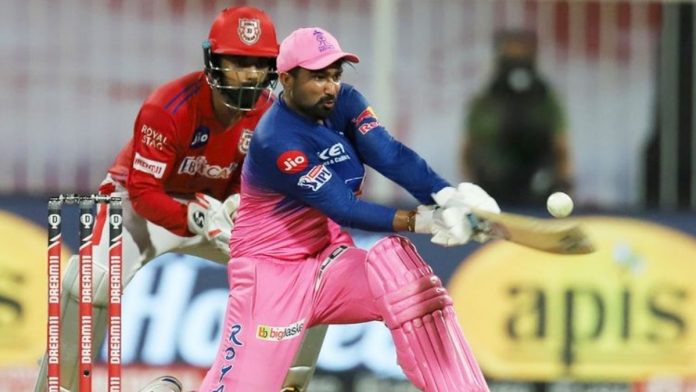 On Sunday, September 27th, the Indian Premier League witnessed the greatest run chase in history that proved no score target is safe until you restrict your opposition from achieving it. Rajasthan Royals (RR) and Kings XI Punjab (KXIP) were involved in a run-fest in the high spectacle at the Sharjah Cricket Stadium. However, after loads of twists and turns, it was Rahul Tewatia, who helped RR finished the extraordinary run chase.

KXIP batted first with KL Rahul and Mayank Agarwal building an extraordinary opening partnership. Rahul scored 69 while Agarwal smashed a century out of 50 balls. Late hits from Maxwell and mainly Pooran helped them to a grand total of 223 losing just two wickets. In response, RR completed their target in delightful fashion by winning by four wickets and three balls left. Half-centuries from Steve Smith and Sanju Samson created the base for the chase before Tewatia’s headlining innings of 53 run out of 31 balls with seven 6s made the difference. 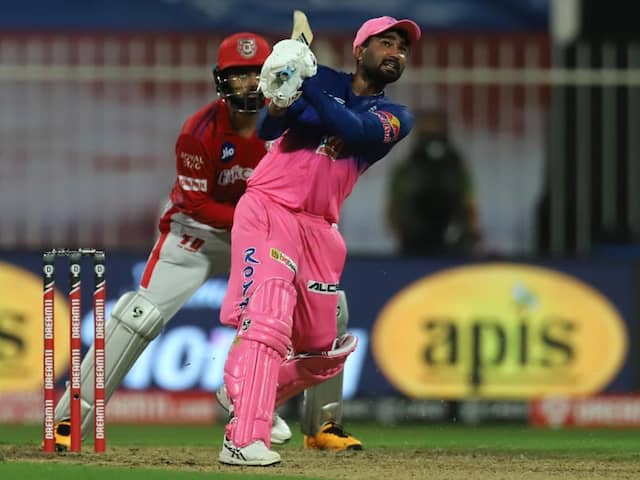 However, Tewatia didn’t make the greatest of starts in RR’s steep run-chase finding it tough to play the deliveries early. In his first 19 balls, he played at a strike-rate around 40, putting pressure on the other Royals’ batters. Once he smashed his first over boundary down the ground, there was no stopping him.

In the 18th over, Tewatia showed his true class when RR needed 51 runs off three overs. He smashed five sixes out of that over bowled by Sheldon Cottrell, scoring 30 runs in that over. Rahul brought the required rate down to 10.5 in the last two overs through his incredible batting. In the penultimate over, he smacked Mohammed Shami for a six with an upper-cut and got to his half-century in just 33 balls. He got out to Shami itself in that over itself but by then the Royals needed only two of their last seven balls.

The Tweet That Predicted The Right Mindset From Rahul Tewatia

Nobody would have thought that Rahul Tewatia could pull off such an unforgettable inning out of the blue after struggling in the first half of his innings. It is soon revealed that he is a man of fighting character and doesn’t understand giving up. His smacking despite being in a hard moment proves that and so his tweet he posted way back in 2017. That particular old Tweet is doing the rounds on social media presently. In the post, he was seen, doing some exercise in the gym. In the caption, the left-handed batsman urged his fans to not pay heed to negativity and rather, move ahead in life with passion, zeal and vigour.

Don’t worry about what others think. People are always negative, don’t let it bother you. pic.twitter.com/vfFFqoNeDk

Dated way back to June 14, 2017, Tewatia had taken to Twitter and wrote, “Don’t worry about what others think. People are always negative, don’t let it bother you.”

Keep the faith. The most amazing things in life tend to happen right at the moment you’re about to give up hope. pic.twitter.com/4y807p9W1X

Tewatia will be in to play more of such fine innings in the ongoing IPL season and show his fans the true meaning of keep fighting till the end. One can achieve goals with such mentality only.