Raw’s go-home episode for WWE TLC was nothing but underwhelming. The storylines progressed really well, but the hype for the company’s last pay-per-view of the year was clearly missing. Although, that has been the case with all the pay-per-views in the recent past.

This week’s Raw mainly consists of illogical bookings, underwhelming matches, and an abrupt ending. However, the company booked a couple of matches for Sunday’s show as well.

For some reason, The Street Profits are doing weird news segments announcing the matches for the upcoming events. They are definitely wasting two big talents in an unnecessary role.

Becky Lynch has now not defended her Raw Women’s championship even once in more than 2 months now. Her last defence was against Sasha Banks at Hell in a Cell. Since then, she was involved with Shayna Baszler and the Kabuki Warriors.

Safe to say @RusevBUL is winning the divorce so far.

The second match to be announced for TLC was the tables match between Rusev and Bobby Lashley. Rusev and Lana signed their “divorce” papers on Raw following which Rusev put Bobby Lashley through a table. This rivalry has been going on for a while now. In October, Lana made a shock return as Lashley’s girlfriend, which started this uninspiring and ridiculous feud. It is finally going to conclude at TLC. 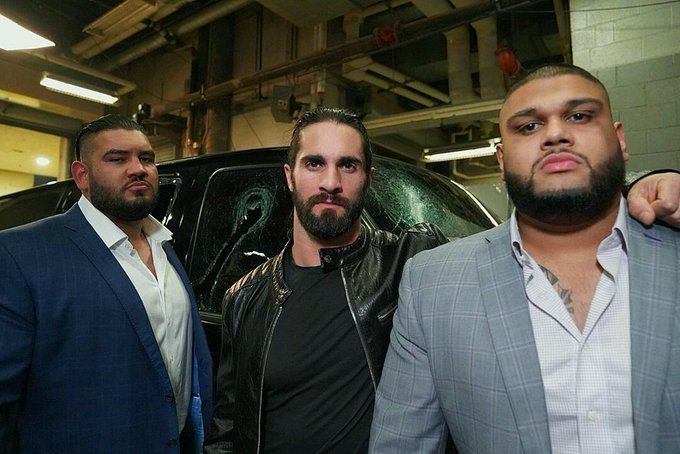 Another talking point coming out of this week’s Raw was Seth Rollins’ heel turn. He has been teasing his heel turn since the Raw after Survivor Series when he blamed the whole Raw roster for their failure against SmackDown and NXT. On the same show, he wrestled against Kevin Owens, but their match ended in a disqualification after AOP interfered to attack Owens but left Rollins alone. Since then, Owens has been accusing Rollins of hiring AoP to attack him, but the latter kept on refusing. But, this week, he finally accepted his alliance with AOP when he came out of the van to attack Owens along with the former Raw tag team champions.

The heel turn was not surprising at all as it was the typical WWE “Who was behind the attack?” storyline. But, at least this time the babyface didn’t come across like an idiot because Owens always had the doubt about the possible alliance between Rollins and AOP. Rollins needed the heel turn more than ever as his babyface character was not going anywhere and with this change in attitude, he might go back to the main event’s scene.

The updated card for TLC:

Bray Wyatt vs. The Miz

Nevertheless, here is Becky Lynch and Charlotte Flair trying to get a pin over one another using the deadliest move in sports entertainment, a roll-up:

Wow! How Bollywood Stars Would Look If They Replaced Our Favourite...